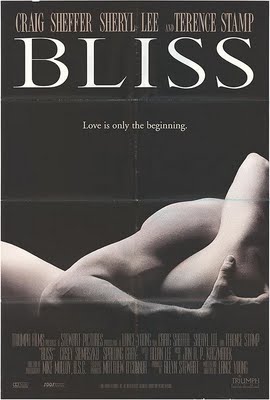 I just saw a movie called Bliss, it came out in ’97 and was directed by Lance Young. The story is about a young couple. The man loves his woman dearly but she is emotionally troubled. Their relationship is challenged. They go to therapy but without too much success. Then the man finds out his wife is cheating on him. Turns out that the guy she is ‘sleeping’ with is a sex therapist called Balthazar (played by Terence Stamp). Initially the husband wants to beat the shit out the therapist for fucking his wife. Later, as the therapist explains his work, he becomes his student, devoted to heal his woman. The movie explains what a tantric path is about, how sex can be a path of healing.