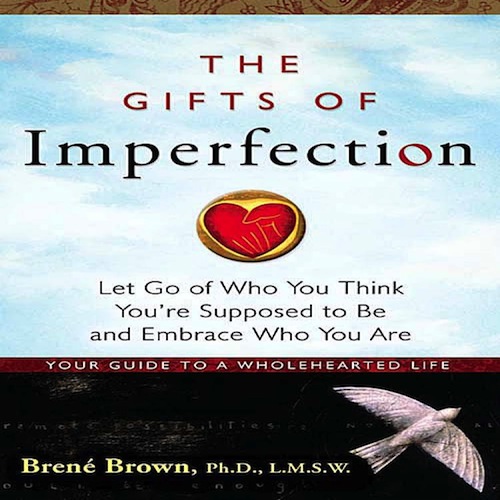 Yesterday I had lunch with my buddy and master of unconventional advertising Philip. The 100 Day Warrior was born in a creative therapy session that I had with him and his partner Hugo in 2013, by the way. He told me something interesting.

Sometimes he and his partner are asked to give talks or workshops for diverse audiences. Some time ago they were invited to give a talk for people from the Big Data industry. Lots of very conventional men in sleeves and ties and name badges. For some reason (I can’t remember why) Philip and Hugo decided to talk about their failures. About the response of the audience Philip said something like ‘the audience went through the roof’. At first I thought that meant that they were booed away and I cringed. But a second later I understood that what he was saying meant that it was a huge success. His personal learning was that openly talking about our failures creates a tremendous relief in environments where this is still seen as – apparently – taboo. And that this taboo actually still goes for most environments. Places where people are relatively open are still the exception. I sometimes forget that because it is my job to open places and people up; that creates a bias because I tend to speak almost exclusively to people who are either interested in the topic or feel less need to be guarded around me. It was good to be reminded.

The norm is that we protect ourselves from being vulnerable. We don’t want others to see what is wrong about us. We think that we are incomplete or inadequate. But who would we be if we wouldn’t entertain that thought? And, if you think about it, how much of your precious energy is wasted on protecting and hiding your perceived vulnerability?

I have those thoughts too. You might find it entertaining to hear that they keep pestering me, even though I have become more ‘spiritual’ over the years. My old friends are ‘I am not good enough’, ‘I will never pull it off’, ‘nobody likes me’ and ‘there is something wrong with me’ visited me this week. But they also come accompanied by thoughts of the more ‘spiritually advanced’ kind: ‘I not giving enough’, ‘I am not available enough’, ‘I wasn’t listening good enough’, ‘I am not courageous and compassionate enough’. Just in case you are thinking about picking up a spiritual path; then you have something to look forward to.

The first paradox is that ‘spiritual’ thoughts and beliefs are just as useless as ‘conventional’ thoughts and beliefs. It is the same obstacle, only disguised a little bit different. The second paradox is that without these thoughts, ‘spiritual’ or ‘conventional’, we are not limited by them and we will discover the freedom to act naturally as human beings. It is much easier to be kind and compassionate when I am not wasting time on protecting myself from getting hurt, misunderstood or betrayed.

What spiritual practice is, is getting to know yourself better and better. When you meditate you watch your thoughts go by, as if you are watching them on a tv screen. Most of us think meditation is difficult because something inside tells them to not observe the thoughts. It actually takes courage to sit down and see what is going on inside. Therefore courage is something worthy of training. I would like to share a definition of courage that I read this afternoon. It is the type of courage that I hope the participants to the 100 Day Warrior develop. It inspired me to write this bit, realizing the best thing I have to offer my imperfect me and my imperfect attempts to verbalize what I see in and around me.

“The root of the word courage is cor—the Latin word for heart. In one of its earliest forms, the word courage had a very different definition than it does today. Courage originally meant “To speak one’s mind by telling all one’s heart.” Over time, this definition has changed, and, today, courage is more synonymous with being heroic. Heroics is important and we certainly need heroes, but I think we’ve lost touch with the idea that speaking honestly and openly about who we are, about what we’re feeling, and about our experiences (good and bad) is the definition of courage. Heroics is often about putting our life on the line. Ordinary courage is about putting our vulnerability on the line. In today’s world, that’s pretty extraordinary.”

Excerpt from “The Gifts of Imperfection” by Brene Brown.