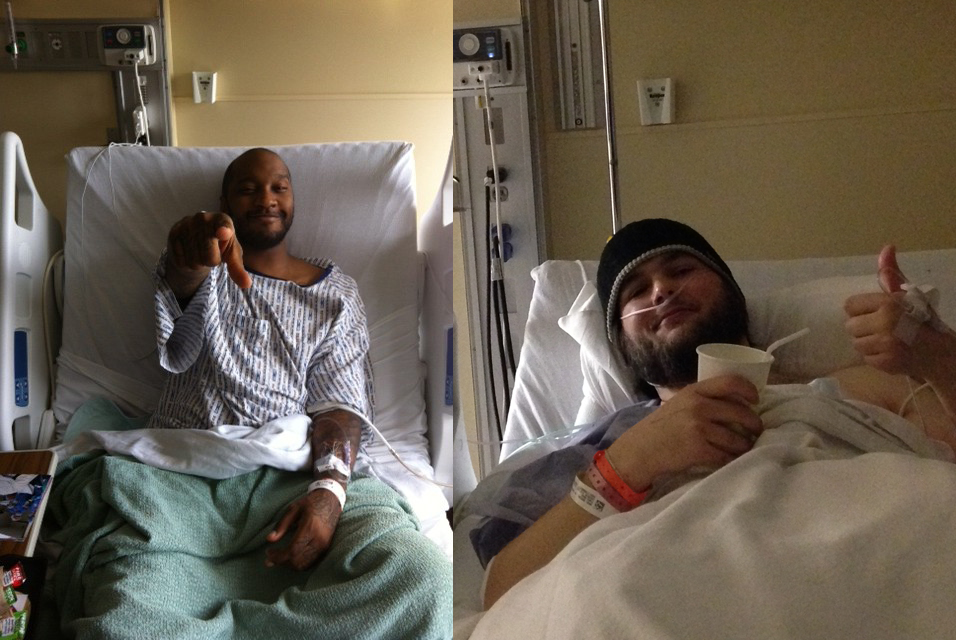 Quite recently I have encountered an astonishing example of what I see as supreme bravery and sacrifice. And I can’t seem to get my head around it.

Around a month ago I met a young woman. Actually, we dated for a bit and then we decided we are not meant for each other and now we are friends or something. To be honest, we didn’t have a lot in common and we had differences of opinion all the time. Many times I thought she was quite rigid and narrow-minded in her thinking.

For example: I thought she was rigid on the topic of drugs. My stance is quite liberal and I cringe when people write off drugs although they have zero experience with any substance. But then she said: “I can’t have any of those substances in my blood because I will have surgery soon”.

Her: “I am donating a kidney”

She said this in a way you tell people you picked up your laundry on your way home. My brain started to manufacture lots of questions on a very high pace. I felt my stomach cringe. I felt disbelief and concern.

She told how she had learned about the waiting lists for organ donors. She wasn’t even completely sure how and where this happened but the thought that she could save somebody’s life had entered her brain and never left. She realized that she had a healthy body and a happy life and that she could sacrifice a month of her life to give somebody his or her life back.

It felt so confrontational to me. I realized that I simply don’t have the guts to do such a thing and I don’t understand why. I have put myself in extreme and vulnerable positions quite a few times now and it has always turned out to be a good thing. I have worked myself through fear, shame and embarrassment and I have come out on the other end, mostly feeling healed or grateful. But this is just a bridge too far for me. I am not brave enough to voluntarily have an organ removed from my body. I am unwilling to find out how good it feels to donate my kidney to somebody I don’t even know.

Apparently this is a big thing for me. Not to her. She wasn’t even nervous the night before the operation. I had to suppress the urge to shout to her: “THEY ARE GOING TO CUT YOUR KIDNEY OUT! WAKE UP!” Obviously I know this is my fear and obviously I didn’t want to sabotage her bravery. But it was hard. I didn’t want to pretend I was just as cool as her about it but I also didn’t want to project all my concerns.

What made it extra complicated for my ego was that I considered myself more open-minded, more flexible and less judgmental. But when push comes to shove she gives away her kidney! Apparently it is possible to have a rigid personality structure and an enormous potential for sacrifice and compassion at the same time. I have an enormous admiration for these traits. I have a grandfather that could be considered a bit of an over serious, humorless man and very law abiding. But during WWII he did all these heroic things just because he felt it was the right thing to do.

On the morning of the operation I was nervous. I realized that I didn’t give the recipient a lot of thought. I was more concerned with my friend. I did my meditation and some chanting and praying and all these things you do when you feel powerless in the worldly realm. I asked for more spiritual assistance from a large online community of healers that I am part of, which was cool because now I had all these people praying for her. It offered some relief.

When she called me post-surgery I held my breath. For sure the regret or at least the mourning would now kick in, I thought. If you don’t feel through all the layers of such a simultaneously intrusive and violent and also extremely compassionate act, it will have consequences, I was sure. I was ready to pick up the pieces. But she sounded just as happy and carefree as always. I was stunned once again. In her heart she just knows she has done the right thing. No doubt. No fear. No regret.

The doctors are not allowed to share much about the recipient. It is against protocol to give information on the success of the operation. I guess that in case the operation fails they don’t want to give the donor the idea that the procedure was meaningless or their kidney useless. But my friend was able to get a piece of information from the surgeon. He had sworn her with his hand on his heart that the operation was a success. Although the recipient has to stay in the hospital for four more weeks, it seems that there is new hope for him or her.

I can’t tell you how incredibly proud and impressed I am with my friend. She has done something so generous that I have no words to express it. I feel humbled but also still puzzled. But I feel very grateful for her existence, her righteousness and her inspiration. She is a real hero to me, a true warrior.

The people in the accompanying picture have nothing to do with my story. But it is a different but also touching story about a kidney transplant. You can read that story here.