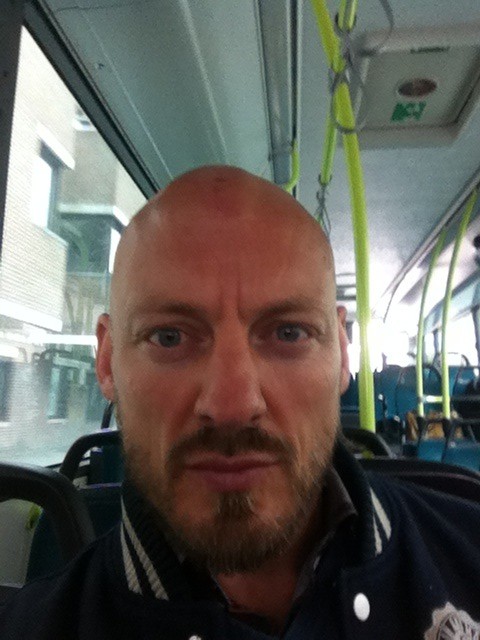 The Universe gave me a strong and painful message. This story might resonate with the empathetic and amuse the fiends of schadenfreude.

A little less than a year ago I received some online guidance from an American coach slash healer. I was very grateful for his help as I was in a pretty dark place. I felt cornered by life and had a hard time seeing light at the end of the tunnel. His coaching came free of charge, which was quite generous of him.

Unfortunately the coaching stopped immediately when I did something that went totally against his beliefs: I had written about a fuck up. I had made a mistake. It was quite innocent but it could have been prevented and it had made me look untrustworthy. I felt ashamed and I used my blog to clarify and apologize. For the American coach this was the reason to discontinue our work. I think he felt that a guy who burns his own bridges didn’t deserve his time and energy.

But I feel it is important to take responsibility for our actions. I also feel it is very important that people are not preoccupied with hiding their weaknesses and broadcasting their strengths, which is basically what we all are guilty of. This is how we create false images, false hopes and false expectations, which lead to disconnectedness, loneliness and depletion or in short: suffering. This is why I try to practice what I preach and aim for unconditional honesty, for better or for worse. I want my reflection of myself to be as close to the truth as possible. I truly believe that it would make our world a lot more humane if we would all do that but the only person on the planet that I can actually push towards more honesty and bravery is me so that is what I have to work with. Also I just feel less burdened when I get rid of my guilt and shame by admitting my mistakes.

Well, I have some good news for me: I screwed up once again. Yay!

My search for understanding myself started in 2001. My fiancee broke up with me and one of my best friends at the time kicked me out of our company. This happened in within a time span of 10 days. My reality changed completely. Of course they had somehow motivated their decisions and I asked my other friends if what they were accusing me of was true. Apparently I was guilty of ‘crossing boundaries’. But I didn’t know what the hell these boundaries were. As I understood it the world was filled with lines that were invisible to only me and if I crossed them everybody hated me. The fact that people were willing to abandon me for crossing invisible lines was a source of despair and sadness. I knew I had to work hard to overcome that obstacle because I didn’t want a life where I would keep unconsciously hurting the people I loved.

Nowadays I know what boundaries are and I try to respect them. But I am still not free from the pattern. It still shows up and backfires, and I always find that painful and embarrassing. Sometimes, when I am completely carefree and happy, I might do or say something that is judged as unprofessional. Well, you might be able to imagine how much that sucks. But I also found that the flipside of the pattern is also showing up in my life.

Not only did I develop an awareness of boundaries, I also developed a fear of overstepping them. Which leads me to hold back, stall and postpone things I should say or do. Which leads to ineffective communication, where I deliver a message too late, putting somebody else in a position where he has very little time to inform his people properly. And guess what? This person now feels that I am an unprofessional communicator and feels that I overstepped a line.

This happened to me yesterday. We are making a short promo video of the 100 Day Warrior. We needed some shots of participants working out in the gym. But it is hard to get everybody together. My trainers were on vacation for a while because the program is officially finished. Previously the cameraman wasn’t available on the times that suited the others. But for some reason it so turned out on Sunday that everybody would be available on Monday morning. Orchestrating this by text message is also stressful for me: I am afraid of rubbing people the wrong way because I ask for a favor in their weekends. When it is all set and done I inform one of the co-founders at the gym. Long story short: he is not amused. At all. I had given him way too short notice to arrange what he needed to arrange.

Now I find myself in an awful position: there are 6 people ready to do their work but I don’t have real permission to go through. If I shoot the video I might jeopardize a valued relationship, if I don’t shoot the video I might lose the opportunity, lose money and lose face towards all the people who showed up. We decide to wait for the right moment, when we can shoot without being intrusive to anybody. Fortunately, this moment shows up. I can relax somewhat.

The trainers are doing their jobs, the warriors are doing their workouts and the cameraman is looking for mediagenic shots. There is a bit of a conflict of interest showing up. The trainers care about getting an efficient, effective and appropriate workout done, the cameraman wants spectacular shots. I am not sure if I was bragging or volunteering but I offer to do a heavy bench press even though I was in jeans. Perhaps he could use that? The cameraman seems to be quite happy with my gesture so I warm up a bit. I do a short set with 200 lbs (90 kg) and then do 250 lbs (110 kg) for a couple of reps. My idea was to do a 1RM with 265 lbs (120 kg). The cameraman climbs on top of the squat rack to film from bird’s eye perspective. I lie down on the bench and.. I fail the lift.

The barbell crashes down and hits my forehead. I have my first gym accident in my whole life. There is a camera in my face and people who I work with and for around me. My head starts to swell immediately and I immediately realize my stupidity. I should have never hit a weight like that without a spotter and I have always asked for a spotter before. I should have taken more rest in between the sets. Basically I was just too busy with pleasing the cameraman and too uncomfortable to ask my trainer Wouter to spot me although he was right next to me training with Karim.

Basically, I flee the gym. I don’t want the attention of being injured and people asking if I am okay. I am too ashamed of myself. Not only did I orchestrate a video shoot that caused some resistance because of me, now I am also the one who caused an accident during that same shoot. An accident that never should have happened and that could have caused a lot more physical damage than it did now. I was lucky but also stupid.

My role within the context of my program is to be wise, responsible, patient and considerate. I felt I failed at all these things very visibly and publicly. I wanted to crawl under a rock.

At home I lie down with an ice pack on my head, contemplating what had happened. I also realize that I have to give a workshop in the afternoon and that my head is swollen. Fortunately there is a sneaker store downstairs where I can buy a hipster baseball cap to hide the evidence.

I feel humbled and humiliated by the big impact that just a bit of fear can have on the outcome of events. At a glance you could argue that only minor mistakes were made. We shot the video, even though I notified the gym a bit too late the resistance that came up was addressed politely, and I almost lifted a badass weight. But if you look deeper and when I become more honest with myself we can see that there are some deep-rooted patterns at work. My fear of exclusion and rejection causes my fear of overstepping boundaries, my fear of overstepping boundaries creates tardiness, my tardiness causes overstepping boundaries, overstepping boundaries leads to fear, shame and guilt. Perhaps I wanted to do something brave and impressive to relieve myself from feelings of shame and fear. Also being kind and helpful to the cameraman was a strategy to at least be of service to somebody while I was proving a disservice to the co-founder of the gym. This would give me a reason to feel better about myself.

The interesting thing that is dawning upon me while writing this down is that when I wouldn’t have failed the heavy lift I would have reinforced my ego. It would have offered me something to overcompensate my feelings of being inadequate. Casually doing a big lift on camera would have made a more interesting story in my head, offering me a convenient excuse not to look at the old pattern that was at work earlier in the morning. It wasn’t hurting my head that made the accident so painful, it was because I failed at my attempt to go from feeling unprofessional and inadequate about myself to feeling strong, helpful and heroic. Instead of covering up the undesired feelings I managed to amplify them exponentially. What is more embarrassing than failing spectacularly at something that was meant to mask a previous embarrassment? But it is a good thing, this failure, I realize now. I tend to ignore too subtle feedback but when the message is clear I can receive it. By now I am starting to feel gratitude for the lessons offered to me.

There are such important lessons to be learned for me from this chain of events:

I hope that some insight in my patterns will offer you some insights in yours. We are not so different. Closely observing the feelings and sensations when you are in an uncomfortable place can be quite revealing. I hope you will find some understanding and relief too.