My new website will go live in a few days. Because of that I really want to post something on my ‘good old’ website, as a way of saying good bye and letting go of a structure that became quite familiar to me. I am a little bit nervous about the new direction but it should also be a relief. It is more ‘marketing-driven’ and should be helpful in communicating what I do for a living. Apparently that hasn’t been crystal clear and that implies that there is plenty of room for improvement.

I haven’t been writing in a while. I have been waiting for ‘a new voice’. I was getting tired with my old voice. I have described so many fears, insecurities and obstacles, I wanted something else for a change. Sometimes I feel it, sometimes I can almost touch but today I realized I have to uncover it and it will take time but needs my intention. Just waiting is not enough.

In March I celebrated my 10th ‘rebirthday: exactly 10 years ago I experienced my inner transformation. From that day my life has been about the development of consciousness. At the same time I have been trying to build up Basic Goodness and it wasn’t until recently that I realized that I haven’t been building an enlightened business but have been avoiding conventional practices. I am learning and have a good sense in what direction I want to go now but creating the change and momentum is quite hard. Often I feel very lonely. 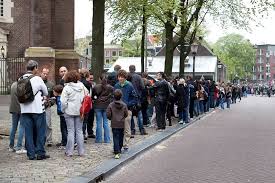 But yesterday I saw a documentary “In de rij voor Anne Frank” (Cueing For Anne Frank). I live close to the house where Anne Frankand her family spend 2 years in hiding during WWII and I see the long lines of visitors almost every day. A documentary maker interviewed people in the cue, asking people what Anne Frank meant to them. The result was moving, fascinating, inspiring and impressive. 70 years after her unjust death in a concentration camp the hope filled diary of a 14 year old Jewish girl in a hopeless situation still has a powerful impact on thousands of people.

Today, May 5th, is Liberation Day in The Netherlands, yesterday, May 4th, we commemorated the victims of the war. It is a beautiful day today and we are fortunate that we live in such a free and liberal country. But more and more I realize that our freedom comes with responsibility. It is not something we should take for granted but something we should explore. If not for ourselves then for those who have to live in less fortunate circumstances. Because we might seem very free over here, in many ways most of us are not.

Anne Frank and her family were betrayed in 1944. Somebody knew that a Jewish family was being hidden in that house and felt compelled to tell the German police. Perhaps the traitor hated Jews, perhaps the Germans threatened to kill his child, nobody knows. Regardless, we all resonate with the terrible feeling of betrayal. Betrayal comes in shapes and sizes. It seems to have quite a big influence on our lives. And it is not just something that is outside and against us: it is also in us. We lie to ourselves and we lie to others. We avoid emails and phone calls. We fake an orgasm and break a promise here, we don’t pay our debts there. We convince ourselves that our behavior is justified because we fear the vulnerability of being exposed. As a result we spend a lot of time hiding, covering up and denying of what is going on. We blame the world for being unjust but deny our own part in the play. And by doing so we lock ourselves up in our cages and naturally remain feeling quite disconnected. Apparently freedom scares the hell out of us.

I never read Anne Frank’s diary but in the documentary 22 young girls read passages from Anne’s book, each in their own language. I was touched by her hope, her kindness and her cry for dignity and freedom. The tendency to betray ourselves and others might be in all of us but so is the hope and loving kindness of Anne Frank. You can feel Anne’s love inside you if you reach for it. I feel we have responsibility to that girl to connect with it and share it abundantly, even if it terrifies us. Because that is the love that will set us free.

Dear Anne, thank you for reminding and inspiring us. You are making a difference. 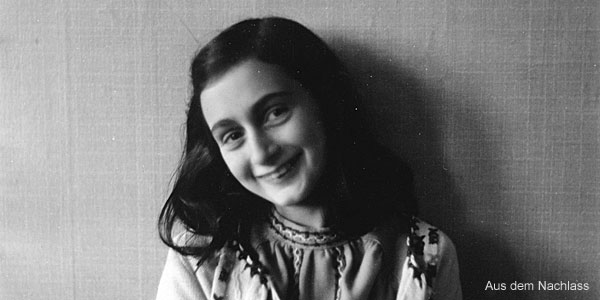