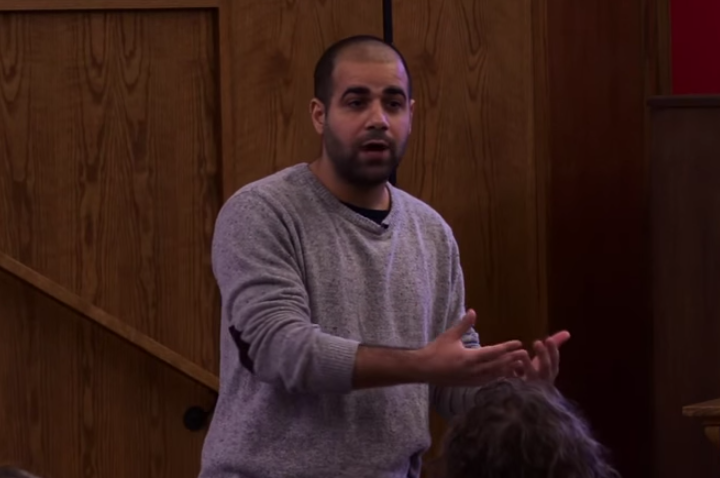 When you scroll down you will find the YouTube link that I just saw on my Facebook newsfeed and I thought it was too powerful not too share. The content confuses me. I never doubted that the Israeli-Palestinian conflict was laden with cynicism. But Eran Efrati’s story adds a whole new level of that, almost to a point that I find myself disconnecting.

This man deserves to be heard.

Eran Efrati, 28, was born and raised in Jerusalem. After graduating high school he enlisted in the IDF, where he served as a combat soldier and company sergeant in Battalion 50 of the Nachal Division. He spent most of his service in Hebron and throughout the West Bank. In 2009, he was discharged and joined Breaking the Silence, an organization of veteran Israeli soldiers working to raise awareness about the daily reality in the Occupied Territories. He worked as the chief investigator of the organization, collecting testimonies from IDF soldiers about their activities. He also guided political tours and to the West Bank and worked to educate Israeli youth about the reality of being a soldier in an occupying army. His collected testimonies appear in the booklet “Operation Cast Lead” and their most recent release “Our Harsh Logic”. Since leaving Breaking the Silence, his investigative reports appeared in The New York Times, The Washington Post and The Guardian. Today he is active with the Israeli groups Anarchists Against the Wall and Boycott from Within.