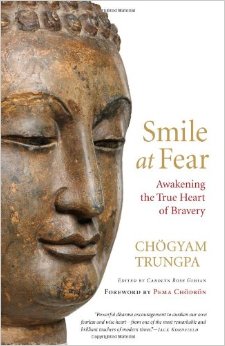 The 100 Day Warrior program of course implies that you can become some sort of warrior in 100 days. Perhaps it is interesting to hear what kind of warrior we are talking about.

In March 2004 I had a sudden and unexpected transformational experience. I think these experiences are always sudden, unexpected and impossible to imagine in advance but hey, I can only really speak for myself. For some reason something deep inside of me was triggered causing a brief internal earthquake just big enough to cause the shattering of my then-identity. Of course I didn’t know that our sense of “I” could disintegrate at any given moment. But the “I” that I had always believed to be me, just fell apart. And although it was an internal process it felt very physical, as if a complete layer that had covered me from head to toe was ripped off of me in one go.

Imagine wearing an armour for 32 years, day and night. You become identified with it. You might be proud of your armour and when you compare it to other armours you might think yours is better. Better design, better quality. Since the world is a tricky place a good armour comes in quite handy. Even if you have chosen a modest armour because you are not into shiny and flashy, you have chosen the one you are wearing because you feel safe in it. Then one day, for some unexplainable reason the armour breaks. And there you are, butt naked.

First feeling is being utterly and completely terrified, surely you will die within seconds of being exposed. You curl up in fetal position waiting for death to happen. But then it doesn’t. You feel something else: an overwhelming sense of relief, of freedom. You get up and look at yourself, for the first time you see yourself in the mirror. What you see is not horrible at all. And then you realize: “I was wearing the armour to protect myself from being seen because I believed I was too ugly to look at. But it was a hoax. There is nothing wrong with me”.

Once you can see you armour lying there in pieces on the floor and you are still alive, more alive then ever to be more precise, it becomes incredibly clear that a) you are NOT your armour and b) it was the ill-fitting armour that was the cause of your suffering by limiting your view, perception, movement, accessibility and sensitivity. No wonder it is hard to get close to yourself or to another person if you are wearing lots of steel. But as long your armour is still intact it is incredibly difficult to take it off. Your armour manifests as a voice in your head that always will find excuses to keep you wearing it. Basically the armour says it wants you to stay alive but actually it is more concerned with its own survival. The armour is very afraid, you see. Actually, the armour is a big fat coward that fears vulnerability. Enter warriorship.

Anyone who is interested in hearing the truth, anyone who is interested in finding out about him- or herself; and anyone who is interested in practicing meditation is basically a warrior. Many approaches to spirituality and to life in general are influenced by cowardice. If you are afraid of seeing yourself, you may use spirituality or religion as a way of looking at yourself without seeing anything about yourself at all. When people are embarrassed by themselves, there is no fearlessness involved. However, if someone is willing to look at himself or herself, to explore and practice wakefulness on the spot, he or she is a warrior. The Tibetan word pawo is translated as warrior. Pa means “brave,” and wo makes it “a person who is brave.” The warrior tradition we are talking about is a tradition of bravery. You might have the idea of a warrior as someone who wages war. But in this case, we are not talking about warriors as those who engage in warfare. Warriorship here refers to fundamental bravery and fearlessness. Warriorship is based on overcoming cowardice and our sense of being wounded. If we feel fundamentally wounded, we may be afraid that somebody is going to put stitches in us to heal our wound. Or maybe we have already had the stitches put in,but we dare not let anyone take them out. The approach of the warrior is to face all those situations of fear or cowardice. The general goal of warriorship is to have no fear. But the ground of warriorship is fear itself. In order to be fearless, first we have to find out what fear is and become friends with it. Becoming a warrior and facing yourself is a question of honesty rather than condemning yourself. Honesty plays a very important part. Just see the simple, straightforward truth about yourself. When you begin to be honest with yourself, you develop a genuine gut level of truth. That is not necessarily cutting yourself down. Just look, and when you see the situation in its fullest way, without judgment or preferences, then you begin to be a warrior.

Excerpt from: “Smile at Fear” by Chögyam Trungpa

The 100 Day Warrior is designed to unveil a version of yourself you weren’t acquainted with before. It takes courage to make a conscious decision to take off your armor. And there is an element of deception: the one who signs up for the course might think the program is about polishing up one’s armor and coming out bright and shiny after 100 days. This is not the warrior; this is the coward who wants to be even more safe by acquiring a new and improved armor. But the 100 Day Warrior is not about building an armour, it is about stripping. In a way you join a strip club.

This is episode 9 in a series of 100 blog posts that will be published daily during the 100 Day Warrior, a unique program around physical strength, inner wisdom and meaning. All posts are written by Atalwin Pilon, founder of Basic Goodness and creator of the 100 Day Warrior. For requests for motivational speaking, in-company workshops, online coaching and mindfulness training click here. If you would like to join our international community of brave and inspiring human beings or just follow this blog and receive updates, please click here of sign up on the right side of the page. Atalwin specializes in coaching smart and creative people, both groups and individuals. If you are interested in a free coaching session click here.