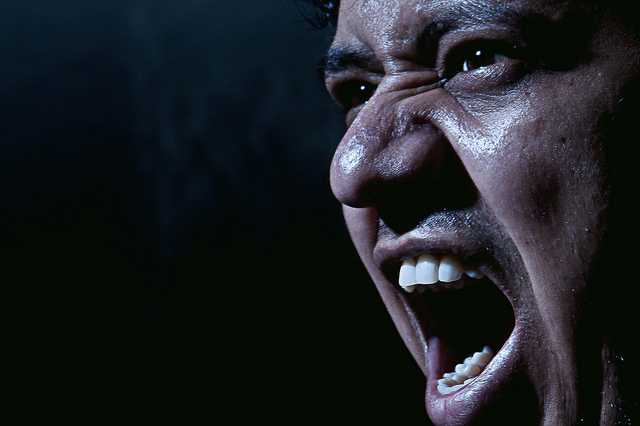 In Amsterdam we have an old tradition that some people will curse you senseless if you do something in traffic that they consider wrong. Sometimes they might have a point and will the law agree with them, sometimes it is just their personal interpretation. But in any case, if you have a longing for some verbal abuse Amsterdam would be a good place to go to. We got this.

Just to give you foreign readers an idea I wanted to make a comparison with NYC cab drivers but then I realized that the Dutch once used to own New Amsterdam and it might be the remnants of our culture that one can still enjoy in contemporary New York City.

In the summer of 2013 I came back from my long journey around the planet. It was an unexpected return and after 18 months of traveling I was used to changing my environment. So I experienced my own country with traveller’s eyes, my view was kind of objective. Even tough I was ‘home’ it was as if I saw ‘home’ for the first time. I liked what I saw. Laid back people, nice vibe in the parks, clean, well-organized, beautiful architecture. Another perk: I could understand the local language very well!

On my second day in Amsterdam somebody lend me his bike and I was happily cycling through memory lane. At some point I needed to stop for traffic lights and as I was waiting I looked in my phone. Apparently my front wheel was sticking out some 25 centimeters, ‘obstructing’ a lady who came from the left. “GET OUT OF THE WAY, YOU STUPID ASSHOLE!” she shouted. I was genuinely shocked. I visited more than 22 countries during my tour and nowhere did I meet such aggression. And this came from a woman older than me, not some backstreet kid.

About 2 weeks ago a young Moroccan was heading towards me on a scooter and he spit at me for no reason. He missed me but it infuriated me. Because of all the meditation we are doing lately during the 100 Day Warrior I could nicely observe my blood starting to boil and the hatred entering my heart. Apart from feeling angry I had no real options to retaliate because he was a lot faster on his scooter than me on my bicycle. He was gone before I could even stop, let alone turn around and go after him.

Today I did a grueling workout. We have come to a point in the 100 Day Warrior that we train on strength and explosiveness and the workouts are seriously heavy and painful. I am tempted to use the word heroic, that’s how taxing they are. This means I left the gym pumped, physiologically and mentally. Again there was a moment where somebody from arm-width distance shouted straight into my face: “FUCK OFF, YOU ASSHOLE!” But this time he was on a bicycle and he was closer. And I hear myself shouting “COME HERE THEN! HEY, COME BACK!” He didn’t but if he had stopped I would have given him a 75%-80% chance of being punched in the face.

I share this because I find it a telling example of how little it takes to create a violent situation, even when in a peaceful country like Holland and with a peaceful guy like me. It was not only that I wanted to teach this jerk a lesson but also he had become a symbol of all anti-social behavior. Too many people shouted in my face and got away with it. This guy represented the whole category to me and I had reached my breaking point.

And who knows what made the guy yell at me. Perhaps it is our culture. Or perhaps he had a shitty day. Or perhaps he just reacted too impulsively because he got a scare from our near-collision or perhaps he grew up in a violent home and just used the only language he knew. This is still a quite innocent example. But these dynamics happen everywhere. I can totally understand that black Americans can handle only so much harassment by the police and I can also understand that cops become aggressive because they are injected with and exposed to aggression every day.

We all endure violence, day in day out; from sneaky verbal abuse in the form of demeaning ‘advice’ or condescending critique to bullying, exclusion, rejection and physical abuse. It is all violence and it’s all contagious. If we want something to change we better work on our own rage. The recipe for a peaceful world is not ‘if only the others learn not to cross my boundaries’. We have to take responsibility ourselves. And I am the first to admit that this is not easy. But it starts with self-awareness and translating that to mindful speech and elegant behavior.

I dream of being eloquent enough to tell somebody off in a way that actually teaches somebody a valuable lesson instead of teaching somebody a proverbial lesson that is not really a lesson at all. To be able to do so we need to really own our anger and this is a daunting task. When we use anger wisely we can use it to wake people up instead of hurting them back because we feel hurt. But it takes a lot of practice and you guessed it: the best way to develop inner peace is by meditating daily.

This is episode 83 in a series of 100 blog posts that will be published daily during the 100 Day Warrior, a unique program around physical strength, inner wisdom and meaning. All posts are written by Atalwin Pilon, founder of Basic Goodness and creator of the 100 Day Warrior. For requests for motivational speaking, in-company workshops, online coaching and mindfulness training click here. If you would like to join our international community of brave and inspiring human beings or just follow this blog and receive updates, please click here or sign up on the right side of the page. Atalwin specializes in coaching smart and creative people, both groups and individuals. If you are interested in a free coaching session click here.