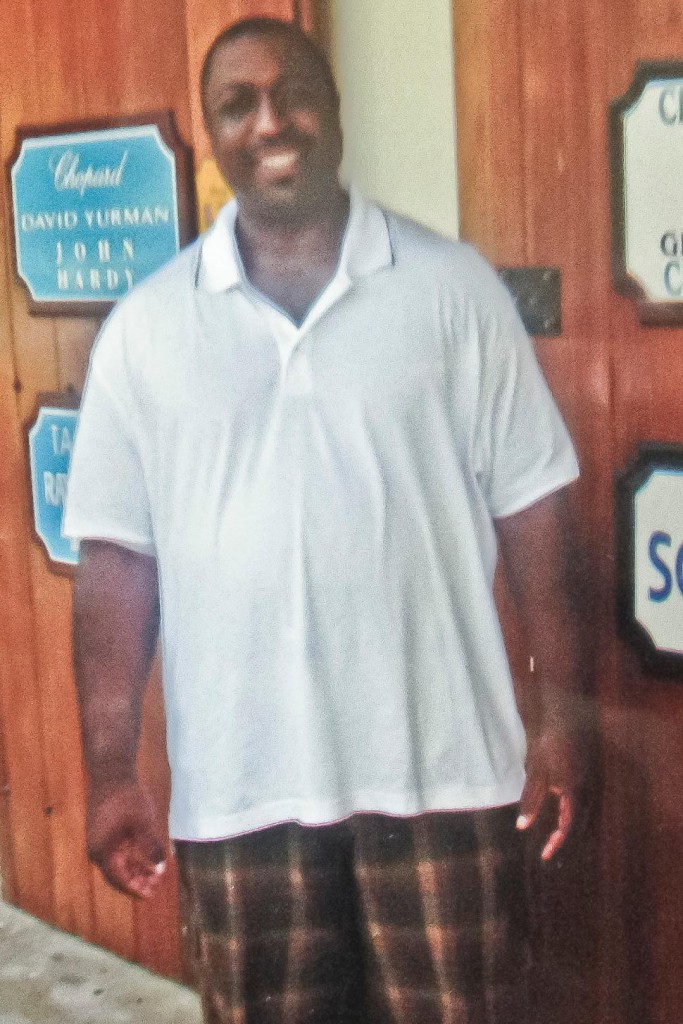 Ignorance is deadly. Every day people die at the hands of misguided fellow human beings. We don’t train ourselves much to act from the heart consistently but we do condition ourselves to follow rules, regulations and imprinted beliefs extensively. No wonder it costs people’s lives.

A lot of black people in the US feel that the police and the legal system are against them. Almost weekly a black, unarmed citizen is killed by the police and every time the (white) police officer  sees the charges being dropped by a (white) jury. No wonder black people are infuriated, and many white people see this as injustice too, including me.

On July 17th Eric Garner, a 43 year old huge black dude, was choked to death during his arrest. He was unarmed and begging for his dignity. Since his arrest was caught on camera we know exactly what his last words were:

Injustice is so incredibly hard to swallow. Reading his last words make you realize that this was a desperate human being who reached his breaking point. He was tired of the harassment; he just wanted to be left alone. At the same time he couldn’t find the tolerance in his heart to cooperate. Humiliated one time too many, his need for dignity was stronger than his fear of a beating. He appealed to the humanity of the police officers, hoping that if he dropped his mask, they would drop theirs.

I wonder why the police officers made such a big deal out of arresting him. I think it helped that Eric was such a big man but unarmed. I imagine fighting crime and having to play a restricting and intolerant role in NYC is a pretty frustrating job and that the police officers are carrying a lot of fear, anger and frustration too. Taking on a big but unarmed man is an easy way to make yourself believe you are one brave motherfucker when actually you are not. When you fight a giant and you win you must have done something right, right?

It would have taken a lot of presence and leadership from one of the police officers to deescalate the situation. This could be a daring thing to do if it meant going against rules and orders; breaking rules could cost them their jobs. Just walking away wasn’t an option either because it could be perceived as fear or weakness of the institution they represent, also betraying your colleagues is out of the question. One of them should have stepped up with enough confidence or seniority to take the tension away from the others. He should have taken Garner apart, explain his perspective and then let it slide. They could have parted as human beings, respectful of each others place in the world.

It is exactly this type of noble warrior presence that we have to practice because it is not easy at all, especially not in a tensed and hostile situation. If we don’t learn and train how to be fully present and awake in any type of situation we will have no other choice than acting from fear, self-preservation and conditioning. And if you don’t make a point of opening your heart, you definitely can’t ask the NYPD to be a wise and compassionate organization.

Every day we are bombarded with news stories that are so saturated with injustice, cruelty, greed, disrespect and stupidity that it numbs and chokes us. I truly find it hard to breathe when I try to open up to the complexity of this aspect of the human condition. But we do have the option to change. We all have it. Tolerance, kindness, wisdom: we can develop it in ourselves. If you refuse to make that effort you are just as much a part of the problem as anybody else.

Eric Garner did not deserve to die that day. He deserved to be heard. His last words are symbolizing the protests that are going on right now. I hope his cry for air to breathe will wake more people up than he had ever imagined doing when he was still alive.

This is episode 82 in a series of 100 blog posts that will be published daily during the 100 Day Warrior, a unique program around physical strength, inner wisdom and meaning. All posts are written by Atalwin Pilon, founder of Basic Goodness and creator of the 100 Day Warrior. For requests for motivational speaking, in-company workshops, online coaching and mindfulness training click here. If you would like to join our international community of brave and inspiring human beings or just follow this blog and receive updates, please click here or sign up on the right side of the page. Atalwin specializes in coaching smart and creative people, both groups and individuals. If you are interested in a free coaching session click here.