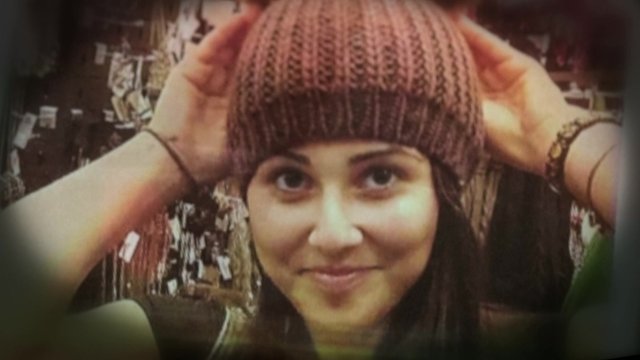 Germany is mourning as they have lost a hero and a role model. Thousands of Germans paid tribute Sunday to a young woman who was beaten to death trying to stop a group of men harassing two teenage girls in a McDonald’s restroom.

Tugce Albayrak, a 23-year-old student, died on Friday after being attacked in a parking lot outside a McDonald’s branch in Offenbach in western Germany. She was attacked by an 18-year-old criminal kid from Serbia. Blurred CCTV footage showed her being beaten on the head with a bat or stone.

Right before the attack, she had intervened when a group of men harassed two girls. She stepped in after hearing their screams coming from the restroom.

German President Joachim Gauck wrote to Albayrak’s family, “Where other people looked the other way, your daughter showed exemplary courage and moral fortitude and stood up for the victims of an act of violence.” As a result, he added, she had “become herself a victim of a brutal crime.”

A large crowd bearing candles and flowers gathered Sunday outside the Offenbach hospital where Albayrak died, and where a vigil had been held since her hospitalization on November 15. Last night her doctors disconnected her from the machines that kept her body alive but technically she had been declared brain dead. Not only did she die because she was brave enough to step up for fellow human beings in danger but even after her death she showed up as selfless. Since she was 20 she was registered as an organ donor. By donating her organs after her death she saved the lives of 3 other people, who received her heart, lungs and kidneys.

There is a Jewish saying: “Whosoever saves a single life, saves an entire universe”. In the Buddhist tradition we have the Bodissatvah Vows, where the practitioners vows to save all sentient beings and attain enlightenment for the sake of helping others. From that perspective Tugce has lead a very meaningful life and set a beautiful example.

If I hear a story like that I feel sadness and I assume you feel similar. Tugce sounds like such a nice person, the type of human being the world desperately needs. She is described as radically honest, open-minded, beautiful and outspoken. As a child she wanted to run into a burning house to save the pet mouse of her girlfriend. So sad that her life was so short end was ended violently. It seems so meaningless and unnecessary. Though I hope that her example of bravery will be followed, that she inspires people to take action rather than becoming more afraid and less willing to help another human being.

For us, it is good to know that she existed. I think we honor her by feeling the gratitude for her existence. I think she deserves that. I have read that more than 150.000 Germans have signed a petition asking their president to posthumously award Albayrak Germany’s highest medal for civilians. I hope she gets it.

This is episode 80 in a series of 100 blog posts that will be published daily during the 100 Day Warrior, a unique program around physical strength, inner wisdom and meaning. All posts are written by Atalwin Pilon, founder of Basic Goodness and creator of the 100 Day Warrior. For requests for motivational speaking, in-company workshops, online coaching and mindfulness training click here. If you would like to join our international community of brave and inspiring human beings or just follow this blog and receive updates, please click here or sign up on the right side of the page. Atalwin specializes in coaching smart and creative people, both groups and individuals. If you are interested in a free coaching session click here.