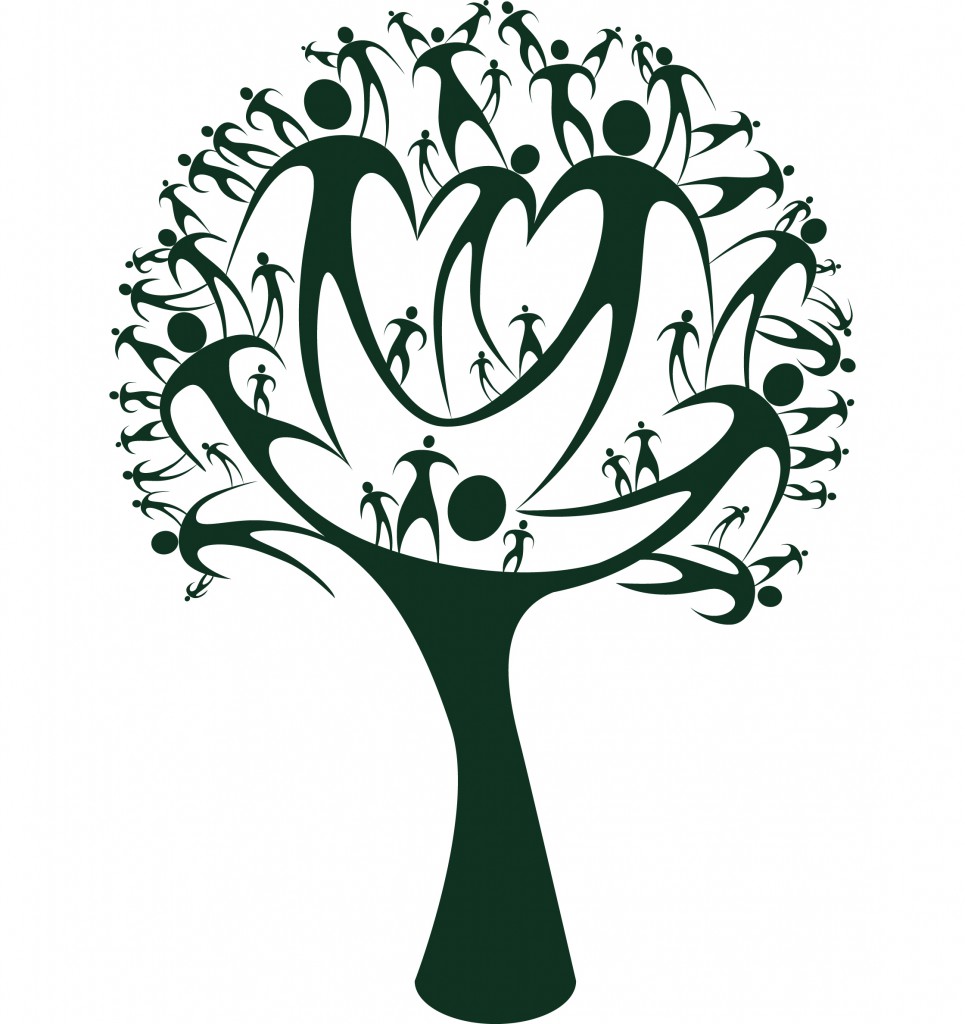 It works like this: somebody has a question that has either to do with family or a general question around something that it bothering her and seems hard to explain in a conventional way. The underlying assumption is that unresolved trauma can be passed on from generation to generation and lead to symptoms of disease in contemporary family members. Next important assumption is that random participants can connect with the energy of sometimes long deceased family members at will. This is something really mysterious and completely unexplainable from a rational point of view. It means that some lady in the room can represent your grandmother if you ask her to even though she has never met your grandmother in her life. She will report feelings and sensations towards other representatives of family members.

During the second constellation of the morning I was asked to represent somebody ex-husband by a woman who had a new relationship and wanted another child. But there were some fertility issues and she had a vague feeling that her ex had something to do with that. When I stood in the room, looking at the others involved in my issue I felt a sense of power and control. It is already significant that I say ‘my issue’. It wasn’t my issue but I felt like I owned all the people, like I controlled them. I felt a lot of contempt for her new boyfriend. Because it seems that ‘I’ am causing the problem (the ex-husband) my family is explored: somebody who plays my father comes standing behind me and my ‘grandfather’ behind him. Turns out the grandfather feels like a really cruel asshole and the father like a spineless wimp. This also explains why my character still behaves like a controlling asshole. After exchanging some healing phrases under the guidance of the facilitator everybody feels more harmonious in my ‘family’, including myself. And when I take a look again at my ‘daughter’, ‘ex-wife’ and her ‘new boyfriend’ there is no more tension in the room and they feel happier together. The child wish didn’t feel so pressing anymore.

Afterwards the lady whose ex I played came to me and thanked me for playing him so well. Apparently I even used the same words as her ex. How strange is that? That you can represent somebody accurately although you have never seen or spoken to that person. It is even weirder because if you do know the person you cannot represent him because your rational mind has ideas about how you should think and feel and that contaminates the process.

In the afternoon it was my turn. My question was about something that I brushed upon yesterday: for some reason things never really come to fruition in my life. It has been like this for many years and although I do interesting things it never takes off. I always have a feeling there is an invisible headwind slowing me down.

Long story short: what I thought would be a not so dramatic question opened Pandora’s box full of trauma. During WWII my grandfather was send to a German labour camp. These camps were not as extremely awful as Auschwitz but still deadly enough. He was able to escape from that camp and made a vow that if he would survive the war he would never work for a boss again. Indeed, he became a very successfully business man after the war.

The facilitator has a couple of helpers: people who are extra sensitive who pick up the energies around representatives. I felt a bit skeptical about these people because they say things I find vague and are impossible to check. But then this lady says about my grandfather: something happened in the camp. He feels very guilty towards his friends: he had made a decision that had very grave consequences.

This send a chill up my spine.

From my grandmother I knew the story that my grandfather escaped the camp by crossing the Rhine in a car tube. My grandfather made a last minute decision to swim where his buddies used a raft. All his friends where gunned down from the raft with a machine gun. Apparently my grandfather carried huge guilt because of the death of his friends. When another representative was asked to play my grandfather’s deceased friends the man who played my grandfather burst out into tears.

Although my grandfather was financially very successful he apparently felt empty inside and undeserving of his success. Somehow I inherited this feeling. But because my grandfather was set free by his dead buddies (they were all proud of him and happy that at least one of them got to live) the idea is that I am relieved from my ‘curse’ too. Fingers crossed!

Apart from that very powerful intermezzo of my grandfather and his friends during WWII there was a lot of abuse, violence, mental sickness in other places of my family system. I was almost funny to see how big the mess was.

Another memorable moment was to see my ‘father’ fall apart emotionally. The man who played my father started sobbing uncontrollably when he really saw the destruction he had created by his blindness. My real father has been dead since 2006 and he was never caught doing anything kind or sensitive so it is difficult to say how real these experiences are and what is actually happening on a more metaphysical level. But I do feel that every attempt to restore harmony of meaningful so I trust that this work served a purpose too. Ideally I will start to experience less invisible headwind because at one point, let’s call it the finale, they all stood behind me as one long and united lineage of back-up and support.

This is episode 68 in a series of 100 blog posts that will be published daily during the 100 Day Warrior, a unique program around physical strength, inner wisdom and meaning. All posts are written by Atalwin Pilon, founder of Basic Goodness and creator of the 100 Day Warrior. For requests for motivational speaking, in-company workshops, online coaching and mindfulness training click here. If you would like to join our international community of brave and inspiring human beings or just follow this blog and receive updates, please click here or sign up on the right side of the page. Atalwin specializes in coaching smart and creative people, both groups and individuals. If you are interested in a free coaching session click here.