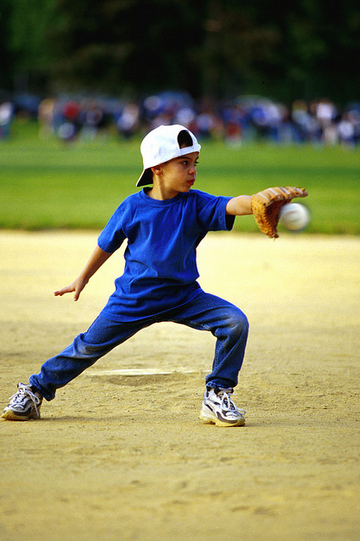 I wanted to start by saying ‘so far, so good’ and then say something about my buddies the advertising guys that I hired. I think they just asked me for my zip code to send me their invoice and that means pretty much that there is no way back: I have formally hired their services and I have been officially accepted as their client. I realize that by saying ‘so far, so good’ I keep the option open for a possible change of events. It seems impossible to get myself to believe I am actually good enough.

It is strange that I go back and forth from being super excited and hopeful to downplaying my hopes, desires and expectations. “Don’t be too excited or else you might end up disappointed” is a voice that whispers in my enthusiastic ears. It is the voice that wants to protect me from getting hurt, disappointed and feeling ashamed.

A story just popped up in my head. 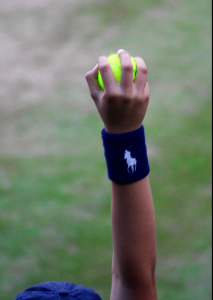 Once, when I was about 8 or 9, I was having P.E. with my class mates. We were playing a game that resembled peanut ball. It was the turn for one of the stronger boys to hit the ball. You could feel the excitement in the air. A home run might happen soon. I was in the field. The boy hit the ball really hard and the ball flew in my direction at great speed. I jumped as high as I could and snatched the tennis ball out the air with one hand. It was a perfect catch, spectacular even. I felt the rush of success, a sort of pink euphoria flooded through my veins and rushed to my head. I didn’t have the words back then but as I try to describe it now I would say it felt orgasmic. I keep my arm up in victory, holding the proof in the air and start to jump with joy. Then the teacher shouts at me. I should have thrown the ball to the base keeper. He scolds me for being too busy celebrating thus making my team lose points. The whole class laughs at me. My moment of victory did not shift into glory but was transformed into one of my most embarrassing moments.

I can still feel the ball hitting my hand and my hand making the catch. I can still feel the perfection of the movement. I have no regrets catching that ball, it was the right thing to do. But the aftermath was painful instead of glorious. It might be the reason why I don’t really trust my accomplishments to pay off. I feel like that no matter what I do and no matter how hard I try to accomplish something cool (read: meaningful, important to me, original, daring), something can happen that will make me look like a complete tool. And I don’t trust myself: the moment I do something great I might overlook something essential that will fuck everything up immediately. So getting closer to success terrifies me; exceptional accomplishment is connected to deep humiliation. So now we know. I am glad I cleared that up.

This story has been close to me my whole life but I never told it to anyone, I think. It lives as an anecdote in my head: kind of funny, harmless, not important enough to share. But perhaps it is more important than I thought. Perhaps the reason why I crave success is because I want to break the spell of that belief more than anything else. I want to know what success feels like without the humiliation.

I know in my heart that putting my trust in This, That & The Other (that is how they named their agency) is a good, wise and sensible thing to do. The time is right, the timing is right and both them and me are ripe enough. Just as intuitively stretching out to catch the ball was the natural thing to do so was jumping to the occasion to work with them. But the mere fact that I am doing something right and making an – in my opinion – brilliant move terrifies me. Because in my mind there are only 2 outcomes: disaster and no disaster. And I have no clue how to deal with the latter since the terrain is completely unfamiliar to me, what can only lead to disaster.

Then there is the layer of the self-fulfilling prophecies. Is it because my limiting beliefs that I have been sabotaging myself? Have I been relatively only modestly successful because of my fear of humiliation and lack of confidence? Will seeing and acknowledging this pattern set me free of did I just jinx the creative process that we started last week?

Let’s be a good life coach and give myself some advice: relax, go with the flow and trust your team mates. Don’t fear the tasks that you find uncomfortable and certainly don’t deny or endlessly postpone what is ahead of you. Face your fears and your responsibilities and move into the unknown. Yeah, you will feel naked. But are you ever not naked?