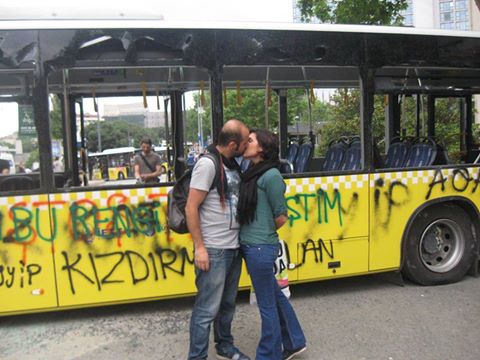 This morning I woke up in a bamboo house on the premises of the Lao uncle of a new friend who lives here. Her mother had the house built some years ago. We are very much part of the village now, on the other side of the old bridge to Luang Prabang. Not that we are treated as ordinary villagers but still. To cook I have to make a real fire (me caveman!) and we sleep on mats on the floor (me caveman!). Although it is hot it is surprisingly bearable during the night. The simple house is more cleverly built than expected.

I woke up with the message of a close buddy of mine in my phone. He currently lives in Barcelona and he reconnected with his former business partner last weekend. They had quite a journey together, with highs and lows. Because of the lows their friendship had gone sour for a while but they made up. He said: “it feels good to be able to step over our shadows” followed by “life is definitely too short for persisting anger”.

In Istanbul and other Turkish cities people are protesting against their government. They are tired of getting their liberties taken away step by step. Young and liberal people are getting beaten down hard by the riot police who use a lot of tear gas, water canons and physical violence. Many protesters are getting injured. The people feel happy and empowered though: they feel united and unstoppable. People want to be free.

I care because I know people who are involved. I have made real friends in Istanbul and I have learned about their situation and complaints against the ongoing increase of government approved Islamic influence, slowly becoming more and more suffocating. I am very proud and happy that my friends are standing up for what they believe in.

Lebanese Islamist movement Hezbollah is sending troops to support president Assad of Syria against the rebels. I don’t know why they want to help a leader who is suppressing and killing their Muslim brothers but I am pretty sure that my friends in both Lebanon and Israel are following the developments in Syria closely.

Yesterday I clashed with the webmaster of a website run from Costa Rica who sometimes re-post my writings. I have given him permission to re-post, thus giving him free content. But I found out he added links to his own website to my text, larded it with ads and added a statement that everybody could re-post the content if only the links would be left intact. That didn’t go down well with me.

When I look at these events I realize that traveling has made my world bigger but smaller. Things happening all over the world affect me and thus in a very simple, non-metaphysical way I experience our interconnectedness. News from Cost Rica pisses me off, news from Barcelona makes me feel hopeful and news from Istanbul makes me proud, happy and concerned. I really care about what is going on in those countries in the Near East because people who live there have helped me and became friends. I have eaten at their tables and slept on their couches, in their guest rooms or, on a few occasions, in their beds. It feels completely different to read about tear gas on Taksim Square in Istanbul when you have a picture of yourself with the baby cat of one of the protesters. It becomes personal.

My buddy mailed me that ‘life is too short for persisting anger’. It struck a chord. I am glad for him. I felt happiness and I felt he is right. I realized I don’t want to stay angry with the webmaster in Costa Rica. But what about the protesters in Istanbul? Life is also too short to have it contaminated by injustice and constrained by suppression. Lethargy seems worse than anger. Lethargy is how you live when you have let yourself be defeated by the unjust mechanisms. It is not how I want to live and I don’t blame anybody for agreeing with me.

I am struggling with how to finish this post. I don’t know how to reconcile the reality of ‘not staying angry’ with the reality of ‘fighting for freedom’. And as I struggle my little struggle in a coffee shop in Laos I receive a Whatsap message from Istanbul with the perfect answer:

I am fine, Atalwin. I was at Taksim last night. I spend almost every night at Taksim. How can I describe you how the atmosphere there? It is all surrounded by love and peace. Everybody offers each other something. Cherries, cookies, juice, food, music, books… Can you imagine there is an open library there? There are open yoga sessions in the morning and at night. Everybody is happy, peaceful and free. We pray together and after we slogan for peace all together. It is an occupied area, really. Occupied by love and peace. No one is hurt since the police stopped using violence. Forget about to be hurt, no one is losing anything, no wallet or something, nobody is saying bad things to another.. People are happy. I can say that Taksim doesn’t belong to earth anymore. I have never read of any political system or revolution literally or seen or experienced in the history. Taksim is another planet, Atalwin. I wish you to experience it. I hope other cities in Turkey will experience it too. All my love from another planet, Eda. 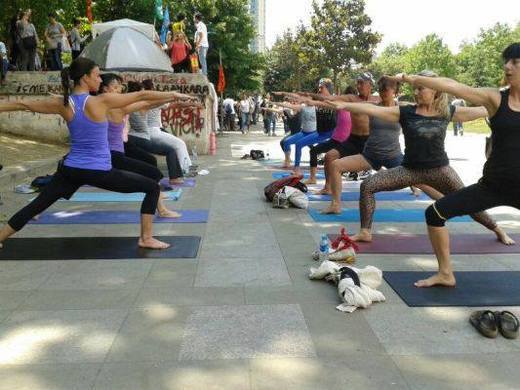 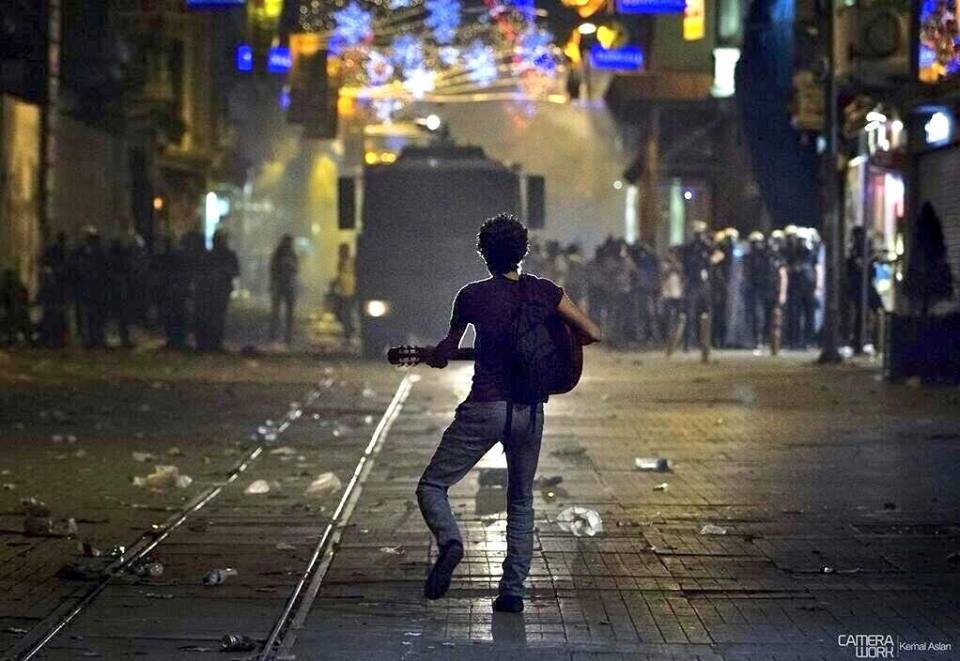