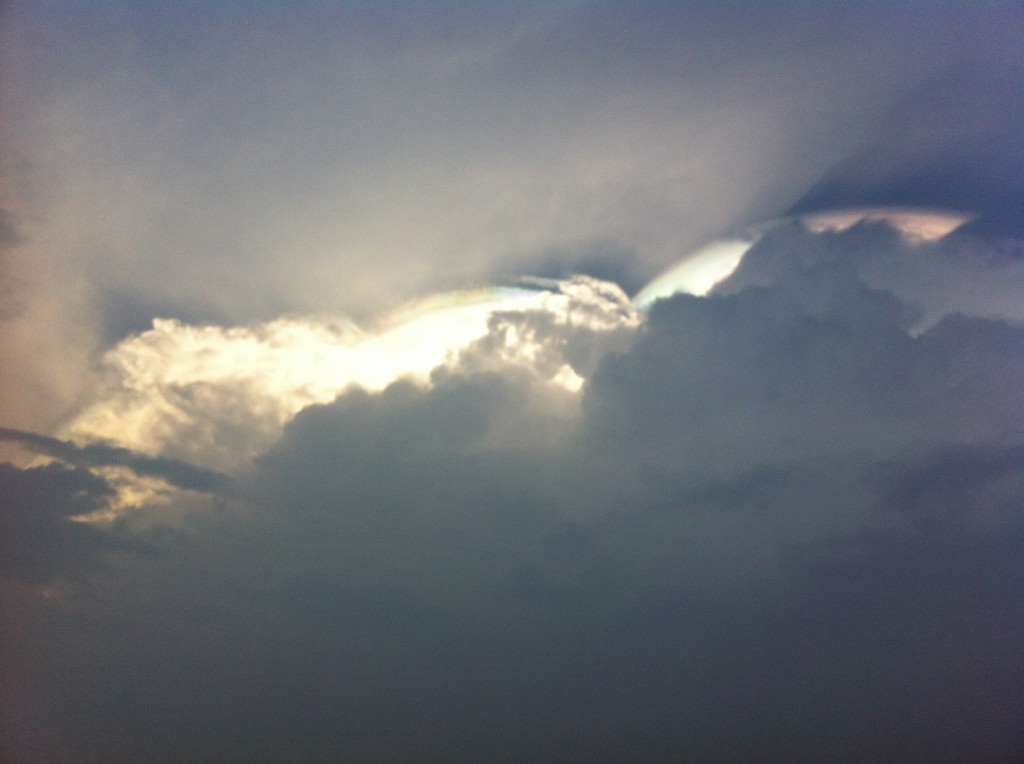 If I am not mistaken I hear the romantic elevator music of Richard Clayderman in the background. That brings me back to my early childhood. I can remember Vaseline lensy tv images of him, very romantic stuff. Blonde hair and lots of white smiling teeth. I don’t know if my mom had a crush on him but I just looked him up on Wikipedia and found out his breakthrough was in 1976 at 23 years old, (only 4 years younger than my mom) and he was – according to Wikipedia – a good looking and talented musician back then. I hold it for not unimpossible that he was the Justin Bieber of his time. Ok, that is a terrible comparison but I can’t think of an appropriate one.

I am kind of rushing through Vietnam and being a real backpacker. I go from hostel to hostel and from night bus to night bus. I see more cities with lots of motorbikes and street vendors than anything authentic. In a way al these cities look the same and because Vietnam is a long and relatively narrow country with a more or less unavoidable route with people going either south or north I see the same faces in the same hostels in every city. But perhaps motorbikes, street vendors and backpackers is the new authentic.

If I ever come back here I think I would consider touring by motorbike (or by bicycle, if I would feel really courageous). I heard from an American guy who lives in Hoi An that Vietnam is amazing for lovers of motorcycle riding. I haven’t seen Cambodia yet but that is supposed to be very nice too. Riding your bike through Cambodia, Vietnam and Laos is a good idea. You will see an amazing scenery. The scenery that I am missing out on, I feel.

Sometimes I fantasize about things I want to do and countries that I want to visit. Although I still don’t feel like a traveler at heart I do have the feeling of ‘why not?’ Why not go to Africa? Why not see more of Europe? By having been to many places I also become aware of how much I haven’t. I have been to England only once, for a weekend of clubbing in London when I was in my twenties. Why not go to England? I mean: it is there. What I also realize is that I lost all fear of reaching a destination and nothing seems impossible anymore. I just head in more or less the right direction and sooner or later I will get there. Along the way problems solve themselves.

Often I worry about the planet. If I see how hard street vendors try to sell Chinese crap, plastic is thrown on the street and how the air is polluted in countries where the ecological footprint is actually a lot less than in all the developed countries, I feel a sense of hopelessness. But at the same time a see people smiling and playing with their children everywhere. We are a weird race but there is a lot of beauty too. And although I don’t feel like a traveler I really do enjoy witnessing basic goodness everywhere and in its different shapes, forms and faces.

My only ‘problem’ is my perceived lack of financial stability. I keep telling myself that I should be richer. I mean.. a guy  with my background, talents and education? Come on! But if I am honest it is not really a problem because I see so many people getting by with much, much (much!) less. These are the people I buy noodle soup from or mango juice. They seem to be quite happy and play with their children too. They breathe, eat and laugh and go from vertical to horizontal when the sun sets, like pretty much all of us.

Why am I saying this things? I guess my mind spends quite some time on figuring out what is lacking and what is wrong in any given situation but in a way I can’t find what is wrong. By going all over the globe I often feel like microscopically small puppet walking around on a blue ball that hangs in an endless void of nothingness. Sometimes I am on one side of that blue ball and the people eat with chopsticks, sometimes I am on the other side of the blue ball and the people speak a lot of Spanish.

It saddens me that so many of us are obsessed by the idea of not having enough but in all fairness: a lot of people do have very little and are struggling for survival every day. And the people who do have a lot have ancestors who struggled and had better options or just came a long way crawling up the food chain themselves. I can’t really blame anybody because I see my own mind doing the same every day. But I am becoming more and more clear about the utter meaninglessness of being a slave of that eternally dissatisfied voice. Trying to soothe it by trying to give what it wants will never work. Quieting the mind does work. I found out once again by neglecting my meditation practice for some weeks and picking it up again today. When my mind is quiet I am at peace with myself. It is quite paradoxical that I, Mr Zen Buddhist, life coach and mindfulness trainer, am still relearning that over and over again.

I guess we will keep destroying our planet a lot more for a long time. By the time I leave the planet it will be a lot uglier than it is now and now it is already uglier than 50 or 100 years ago. But I think that more and more of us will develop a deeper awareness. And more of us will live a life filled with health, kindness and some wisdom. We can and will contribute to inner and outer harmony as good as we can in any given moment. As a race we might make the planet inhabitable for ourselves but many of us will lead increasingly more conscious lives. That stems me peaceful, strangely enough.

The pics are from yesterday’s sky over Nha Trang. You can’t see it clearly but there was some kind of rainbow behind the clouds and the colors change constantly following the colors of the prism. The pic above is taken with my phone, the one below also bu through the lens of my sunglasses. Now you know how I see the world. 😉 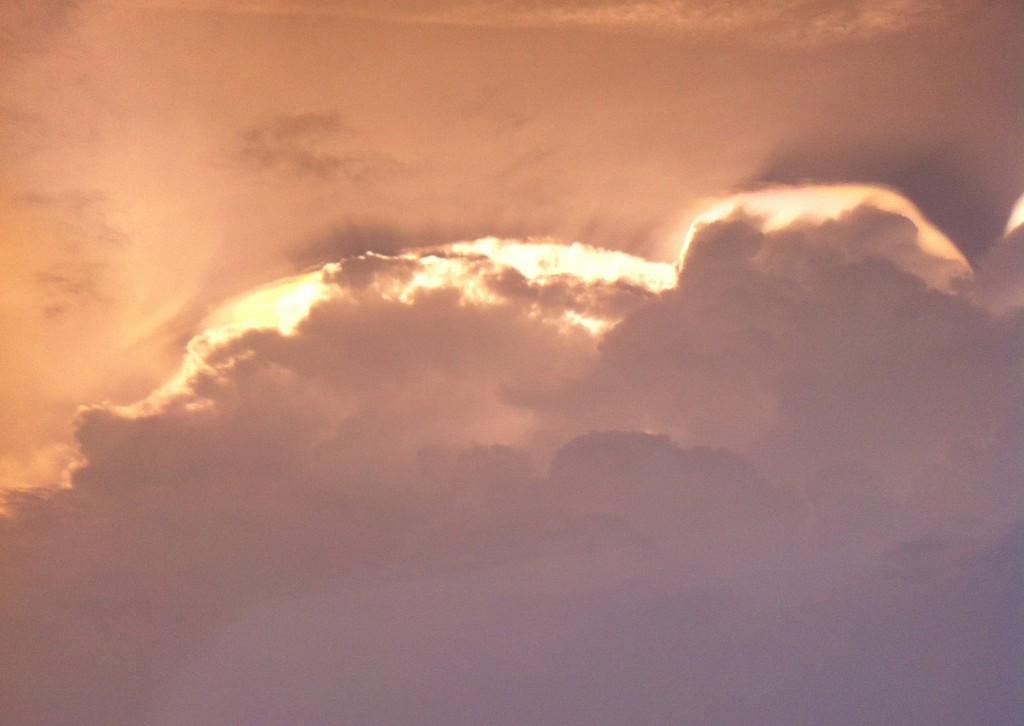