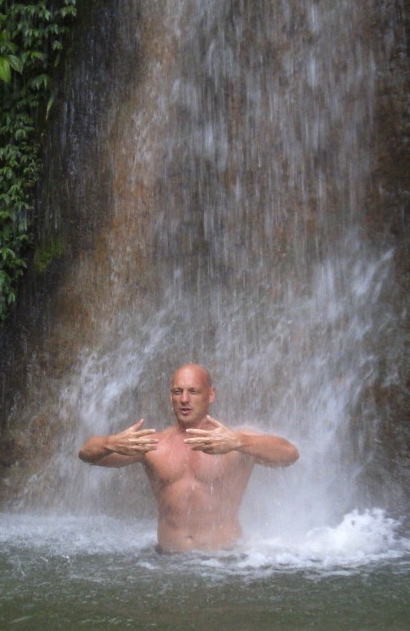 I live in exciting times. I am in Argentina but I am not in Argentina. Together with the Good Men Project Basic Goodness (me) will organize 2 workshops in New York City that I will lead. The trigger for starting this joint venture were my posts on so-called Psycho Bitches From Hell (here and here). They seemed to speak to a lot of readers, more than 30.000, both male and female. At the same time I felt misunderstood by some and I felt a desire to really clarify things around masculinity, femininity and consciousness. I wrote a proposal to the CEO of Good Men Media, the men and women at TGMP responded really enthusiastic, I found a cool venue in New York and now the only thing we need are participants. In my experience our promotion starts too late but I hope we compensate for that with our enthusiasm. I like our potential for synergy in working together with TGMP. With their website they try to contribute to the evolution of men (and women) and with my workshops I try to do the same. By joining forces the virtual meet the physical, which I think is crucial. Reading a website alone is not enough to change your life, I feel. On the other hand, personal interaction with someone who knows how to bring out the blind spots can be really powerful. I really hope we will be successful and we will do a lot more workshops together in the future. The sacrifice that I am making is that I am with my head already in New York while my body is here in Argentina.

If you look at the search words that lead people to my website you would get the impression that I am a specialist in ‘being manly’. I owe my authority primarily to my most successful post “12 things every guy should know to become a real man”. Today I will review that post and see if I still agree with what I wrote 2 years ago. 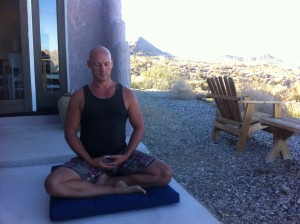 What I didn’t say in the original post was that I owe pretty much all the insights to my awakening experience of March 2004, at 32 years old. That day something broke, my old ‘I” died: I shed a skin. When my old skin, my identity, fell on the floor, shattered in a million pieces, I realized that the ‘I’ I had believed to be true was in fact artificial and – more importantly in the context of today – quite immature. The moment it happened I instantly felt I become a whole and complete man. It was quite auspicious that this happened to me: I grew up without a father or other close male role models. What it meant to be a man I had to figure out by myself. Fortunately I have been blessed with plenty of testosterone so on a physical level I felt pretty sure of my case (forgetting that my puberty came late, to my despair back then). But emotionally there was a lot of work needed and the whole spiritual department was one big blind spot. All this I found out the day that all the walls came down at once.

What I write below are the laws of masculinity as they were revealed to me. I live according to these laws because not obeying means I am betraying my essence. The ego-state most of us spend their entire life in is a state of ongoing betrayal. Of course I didn’t know this before. I used to think for example that winning was good and defeating others gave me a good feeling. Just to let you know that I wasn’t born with this enlightened vision and that I played the ego-game intensely for a quite a while. (Now I know that it is beautiful to master something completely, nothing wrong with being excellent. But defeating others to gain a sense of self-worth is missing the point and only serves to compensate lack of self-worth).

Many women have pointed out that pretty much all the points apply to women too. I was not aware of that when I wrote the post but it makes sense. I am man who became ‘whole’. My context is being a man. But in a way the laws I have learned to obey are universal laws of Life. Later this week I will look at the feminine essence and see if I can write something for women. Funny thing is that to do that I will look at the feminine essence in myself, which is now available to me. This is of course one of the things we guys learn to suppress.

Anyway, let’s get started. Two years ago I typed this list in my phone while waiting for my order of Thai food. I did it off the cuff. With hindsight I find it interesting how complete I feel the list is. Sometimes consciousness just flows through us, unhindered by the thinking mind. When our small self gets out of the way our higher self can express itself. I still have the hope (or illusion) that one day I will live in that place of effortless presence permanently. But I am getting side-tracked. Let me share with you the list of features I honestly feel a mature man must own, be or do: 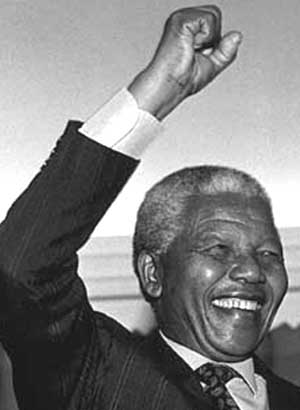 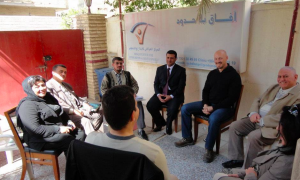 Oh, and when he is really a next-level stud he has mastered the art of injaculation, he can circulate the sexual energy effortlessly and thus facilitates divine bliss to his partner and himself. He is the embodiment of Shiva, his woman the embodiment of Shakti. Love-making becomes a way to Enlightenment. But to be honest, I am not there (yet). 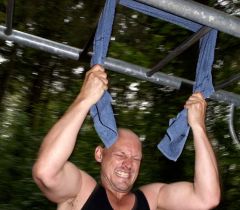 Resuming: 2 years after the initial post I only slightly changed #8. I am still very much behind all the others.