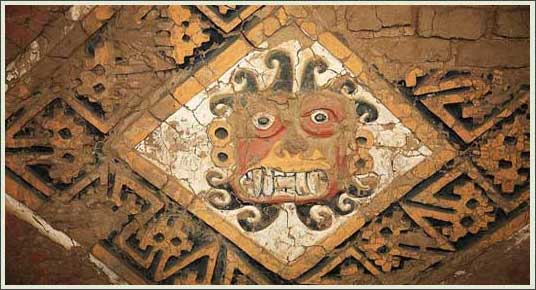 It is early in the morning. I am in the bus terminal in Lima. I just spent 9 hours in the best bus ever. I took the Super Vip Bus from Trujillo to here and the seats beat pretty much every business class seat in an airplane I have ever seen. Yes, seen and nothing more. I never actually sat in such a chair apart from that flight when I was 19 and was accidentally upgraded to business class because the plane was too full. But I would definitely like to be initiated in that realm too (yes, Universe, yes! Make it so!). Anyway the seats were super comfortable and could be stretched into fully horizontal position, the toilet was clean, there was reasonable food and all that for €28,- or $38,-. I would do it again, just for the experience.

I have an explanation why I felt angry and uncomfortable 36 hours ago. I got sick that night. I am still not 100% fit but think the worst is behind me (and it wasn’t that bad). Looking back there might have been some little virus or a bacteria trying to put me off balance and annoying me somewhere on the edge of conscious and subconscious experience.

There is something cool about being sick. You wake up in the middle of the night and you feel that there is something different. It takes a few seconds before you have figured out what is going on. Then you realize you have to go to the bathroom and seconds later it is official: you are sick. But what  actually is happening is that the body is doing all sorts of things to heal. And all these decisions and counter-measurements are taken without counseling the conscious mind. I find that mysterious, impressive and comforting at the same time.

It was of course ironic that just hours before I got sick (but after writing the Angry Couch post) I told somebody that I was quite proud that after traveling for almost 13 months I never got sick. I have had head aches now and then and sometimes it made that I needed a couple of hours sleep during the day and then I would be good to go afterwards. When I was in India I had a stomach ache that took me 12 hours to recover. And now, after all these months of street food and climate changes, I finally get that unimaginative, non-original diarrhea.

I put my faith in the hands of my body. (I like that sentence). And I will bet my money on the victory of my body too. He will do fine. He will take all the right decisions to get rid of whatever he needs to get rid of.

While my body was working I still had a busy day yesterday. First visited the ruins of Chan Chan just outside Huanchaco and afterwards I went to the Temple of the Sun and the Moon (outside Trujlillo). Chan Chan was built by the Chimor and came after the Moche culture. The people of Chan Chan lived quite peaceful. The people of the Temples sacrificed their own warriors in a very cruel and bloody way to honor and appease their mountain god. In both cultures religious beliefs were influenced and uses as a way to control the people.

For the oblivious eye the entrance of this archeological site is just a sleepy place in the desert. Under the surface there are the same patterns and struggles for power and wealth going on that have been going on for ages. Human behavior.. Will we ever get over ourselves?