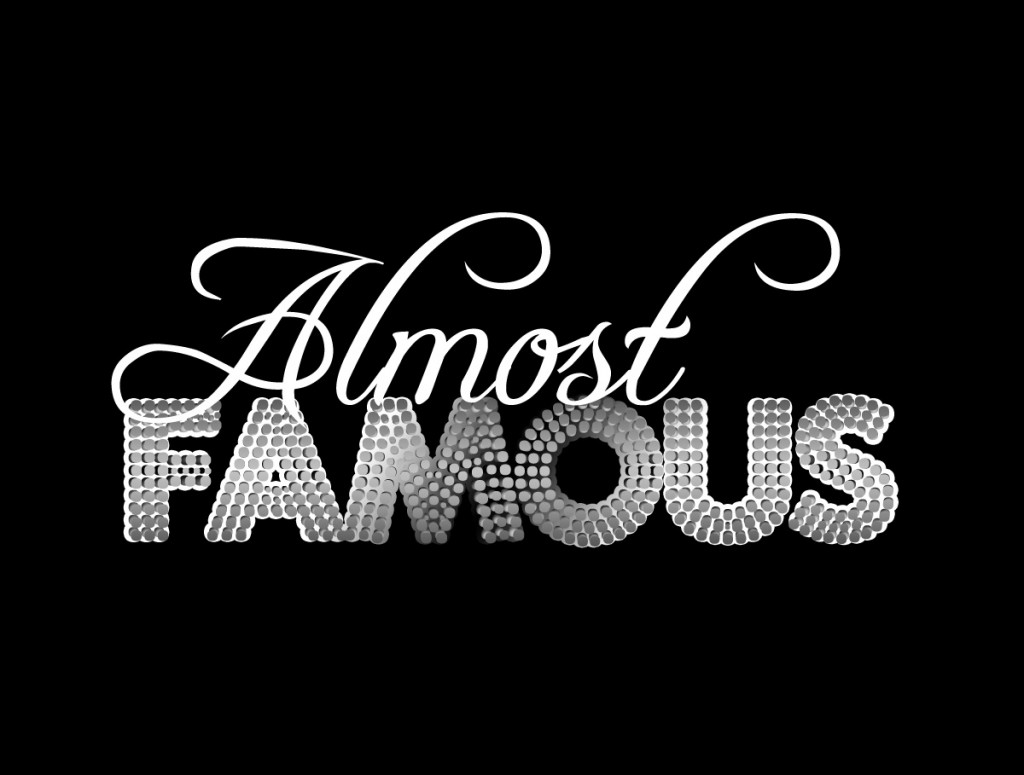 I feel so famous today. Well not famous but almost famous. Ok, not almost famous but apparently potentially famous. In this universe I am not (yet) but in the parallel universe – a universe where potential is already manifested and that might exist according to quantum physicists –  I might very well be famous already. This of course is enough for my ego to inflate a bit. Not too much but just enough.

I had a meeting with a representative of a talent agency and they might be interested in publishing my unwritten book because I am considered an interesting package with [insert marketing term I forgot] potential with [insert more marketing speak] and charisma and a good story.

I just peeked at their website and saw that their portfolio exists of a couple of handfuls quite well known tv personalities. All of a sudden I feel nervous. Imagine I would be signed with this company. Then I would be part of that environment for real. We would all share the same agent and complain about them on parties, I imagine.

Isn’t it strange that we can become nervous of the thought of meeting or working with people we know from tv? Why would that be? A friend of mine explained that we all want to be seen by the famous. We know and recognize them and therefore we hope they will recognize us too, thus validating our existence. My take is similar. I think these people are valued for being good-looking, charming and relatively eloquent so they seem easy to like and we hope we will be liked back by them. At the same time it is easy to feel inadequate when we think being pretty, charming or well-known is important and we are not. Having said that: it must be a lot weirder even for the famous person, who most likely also suffers from the same feelings of inferiority but is exposed to the expectations, judgments and projections of an innumerous amount of people he has never seen or heard of.

Anyway, my Narcissistic Me is very pleased with the idea of being well known and being ‘branded’ as some kind of interesting and – let’s not forget – masculine guy. Of course there is also the Lazy Me who fears the pressure of delivering interesting material.  Actually, that would be the Perfectionistic One disguised as the Lazy One. He fears ‘not being exceptional enough’ and thus prefers not doing anything at all. Then there is the One Who Doesn’t Believe In Me who deeply believes it will be a useless exercise in the first place and is warning everybody not to hope for something positive. He is totally convinced I will blow the first meeting with the publisher, the editor and the agent before it will ever turn into a ‘real’ project. Finally there is the One Who Fears Rejection who is afraid that my book will be a flop that will receive bad critics (or no critics at all) and will be attacked and/or ridiculed.

Damn, it is crowded inside.

I spoke with a high school buddy this morning. He offered to help me a bit with ideas and approaches to improve my marketing. We made a whole tour around all kinds of options and possibilities. Funny enough we came back to this website. “You should keep writing, man! Everybody is going through the same struggles but we need a guy who is courageous enough to be open about it. You inspire us.”

In some way it would be ridiculous if someone becomes famous for merely being honest, in another way it is even more ridiculous that people can become famous for the well-crafted image they put on display. The latter is our every day reality.

I am vain enough to admit that I wouldn’t mind being the first to make a claim on (some) fame by merely being an honest guy who is not afraid to share his inner truth. But I would really love it if it would help more people to do the same. If there is something I desire for all of us it would be to connect on a level of honesty and authenticity that would without a doubt lead to loving and creative action beneficial to the whole. To create a tribe of Noble Warriors, that is what I want. Oh, and The Megalomaniac One would like to add: a worldwide tribe.