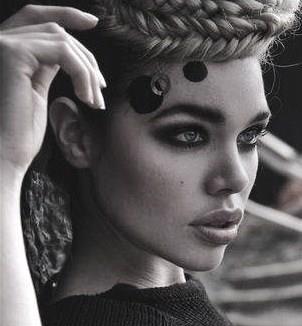 This is the plan: within a couple of hours from now I have finished this post, updated the newsletter and prepared it for weekly mailing, bought chamomile tea and will be watching Game Of Thrones on the other side of the city. Since this is Amsterdam, going from (South) West to East is only about 6 km and will be done in about 20 minutes by bike.

There will be no cookies with the tea. Not for me because I want to wean myself off from my sugar and carb addiction and not for my friend because she doesn’t eat gluten. I never ate gluten-free cookies but it doesn’t sound like fun.

The girl I will be visiting is somebody I came to know through Facebook. We met on Queensday, our national holiday, in 2011, and afterwards I added her or she added me, I can’t remember. Our first meeting wasn’t that eventful but we found out we shared some interests in fitness and nutrition, apparently it was enough for a Facebook connection.

I have quite a few people on my list and many of them appear dormant to me, it is the mysterious Facebook algorithm that decides who shows up on my time line and who doesn’t. Anyway, in this particular case it was a match. We were always exchanging funny, witty and well spelled comments on each others updates, sometimes leading to equally funny, intercontinental chat sessions when she could not sleep or I was up late. She made me laugh many times and she appreciated my jokes too, which was quite a relief for me. I have caused too many awkward silences in the last 18 months.

I was looking forward to meet her in the flesh and – quite miraculously – I unexpectedly ran into her the very first Saturday I was randomly cycling through Amsterdam. What are the odds that of all people I know in this city she is the first one I run into. It wasn’t disappointing. On the contrary, as a matter of fact.

Now I want you to watch this video. Dustin Hoffman shares an insight he got from making the 1982 movie “Tootsie”. 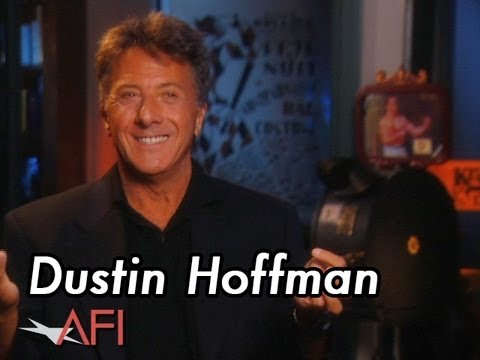 In preparation of the movie wherein he plays a man who poses as a woman he explores with makeup artists the possibility of turning him into a believable woman. The makeup artists turn him into a woman but not a woman that he as a man would find attractive. He does not meet his physical expectations and standards and he realizes he would never approach himself on a party. He says: “there are too many interesting women I did not have the experience to know in this life because I have been brain washed”.

The video is beautiful and touching. And it hit home. I realized that I probably would have never noticed the girl I am seeing tonight if she wasn’t attractive. I felt a wave of guilt and shame washing over me. I know what Dustin Hoffman is feeling when he shares his epiphany. His own ignorance was revealed to him, and being confronted with your own blindness is painful, healing but painful. By being inside a person who is less attractive on the outside he became aware of how much his behavior was conditioned by judgments, expectations and standards of society. He realizes how much and how often he judges others by their looks – as a consequence – how many people were excluded from his life experience without getting a chance.

But when reflecting upon it I see more than just my shame of my apparent superficiality. There are also many women who will not know who I am because I don’t have the courage to step forward and introduce myself. In 2010 I was refused to give a second workshop at a company because my physical presence was perceived as too distracting for the female participants but tomorrow I will train a group of buff personal trainers because their bosses think my alpha male-ness will make it easier for them to swallow the ‘soft’ message I will convey to them. Also I noticed tonight’s girl not just because she was pretty but because she was unconventional in a way that resonated. I enjoy being around her because she is pretty and smart and funny and vulnerable and has shared interests. She makes me feel at home. I feel no guilt around that. In fact, I feel grateful for that.

My French zen teacher Genno Roshi once said to me “I do not trust my beliefs”. She knows that her beliefs are merely fabrications of her thinking mind. It is good to become aware of our limiting beliefs. They are manifesting in everything we say and what we do. I can think “that person is unattractive” and pass judgment on her very quickly. If I do that very often my opinions will have a big influence on my life and my behavior. Not only will I potentially l miss out on a lot of interesting people but I probably also come across as a judgmental and arrogant prick. But – in the case of women – if I manage to create more space inside and am less motivated by society’s conditioning of what a woman should look like or act like I can still feel attracted to some and not to others.

Maybe the message is far simpler: Dustin Hoffman shows the impact of a realization. What you see is inner work at work. His epiphany was raw and painful as they often are. He saw what a hurtful act it was to exclude people from his life based on their looks and he had hurt himself just as well as others. But seeing the truth changed him into a humbler and kinder human being for the rest of his days. He looked in a different mirror, not one that showed his outside but his inside.