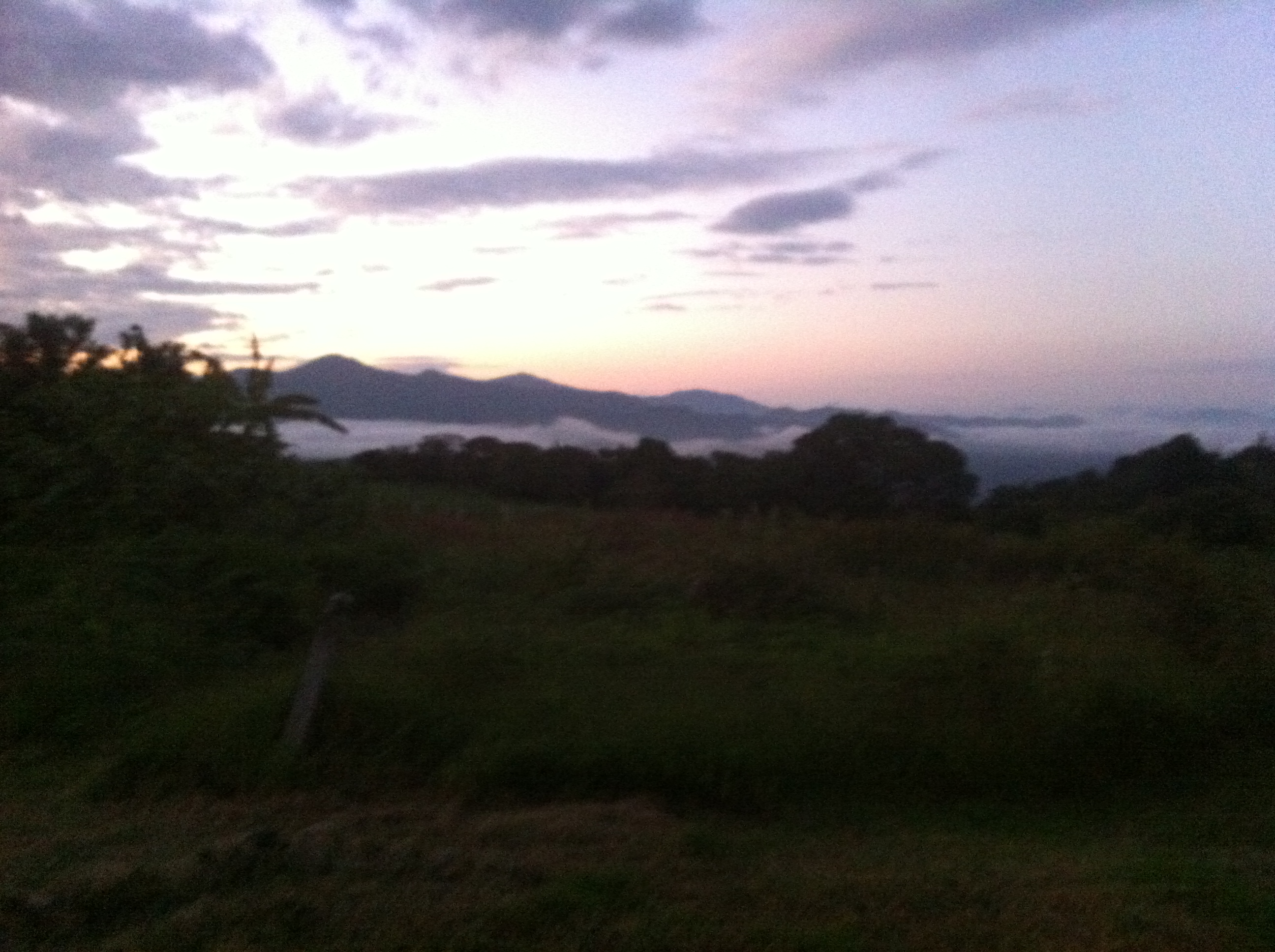 I am sitting at the table of Byron ‘Nappka’ Cabrera. He is resting upstairs, his wife is with their son to the veterinarian (the dog is sick). Tonight I will do an ayahuasca ceremony under the guidance of Byron. I am ambivalent about the ayahuasca but I am looking forward to do a ceremony with him.

3 years ago I visited Colombia for the first time with my buddy Bas. Somehow I got in touch with Byron, who was the assistant of the renowned shaman Kayujali. Kayajali was not in the country when we visited but Byron agreed to be our guide and take us to other shamans. Good thing was that his English was pretty good.

When we met he was quite shy, a very modest and humble young man. 3 years later he has matured. We both have. It is interesting to experience. 2 men on a spiritual path, practicing in different traditions, raised in different countries and cultures and with a very different nature but very much on the same page. I dare to say we completely agree on what we believe the essence of our practice is: to just be an honest guy.

Quite a few times I wrote about the ignorance I perceive in the world. How in many cultures there is hardly any awareness that things can be different; that we are not obliged to keep behaving how we have been behaving. One of the examples that was most striking to me was in the treatment of women. When I was giving a seminar in Iraq I exposed my participants to all kinds of exercises that open the heart. There were men and women in my group, all of them educated and traditional and all but one religious. But all of them completely devoted to the process I was offering. Somewhere during the 3rd day one of my most serious participants raises his hand and asks me in Arab ‘are we equal?’. I could see that this question had been puzzling him. I return the question with help of my translators and ask him “what does your heart tell you?” He closes his eyes and concentrates deeply for about a minute. Then he opens his eyes and says ‘yes, we are equal’. Writing this down alone still gives me goosebumbs. What my Arab participants saw for the first time was that men and women are equal. What I saw for the first time that in some cultures even educated and intrinsically open-minded people just never were exposed to such a question before. Never. The fast majority of the human population doesn’t even get close to learning about the existence of a concept like personal growth or spiritual development. They only learn to conform to how things are supposed to be.

This is one side of the coin.

The other side of the coin is that all over the world there are people to be found who do investigate their consciousness. And – of course – we find that we are surprisingly the same. I can just as easy talk to my Jewish Kaballah studying friend as my Russian Orthodox yogi friend and my Colombian shaman friend. We are all on the same page. Self-inquiry crosses cultural, economical and religious barriers. Effortlessly.

During lunch I was talking with Byron about these things. He is now regularly traveling to Europe to perform ceremonies and had invitations from all over the world. This is a quite exceptional twist of fate for a Colombian guy from a modest background. I am also traveling all over the world and giving workshops wherever I can. I my upbringing I was expected to become financially successful, doing something spiritual did never ever occur to me as a possibility, certainly not for me. In some way we are very different, in some way I haven’t met anyone whose development took a more similar direction.

3 years ago Byron told me story about how he was called to help a famous Colombian model that was feeling very unhappy. She was staying in some posh hotel and Byron felt uncomfortable going there so they met somewhere else. Abundance would make him feel insecure. 3 years ago he introduced me to a shaman who would change my life and I remember being uncomfortable with the poverty of the man. Scarcity would make me feel insecure. 3 years later we both have seen so many rich and poor people crying that we both know that suffering is universal.

Opening our heart brings us closer together. It is quite a literal thing. Nothing fancy about opening your heart. It is just about being honest and listening closely. It is about being willing to drop old concepts and ideas that have been living in the mind for ages. Only these convictions can separate us, can put walls, barriers and obstacles between us. But when we are committed to opening up and we find somebody on the other side of the planet who has been doing the same we notice that we have grown closer without knowing it. Just imagine what would happen if we all would do this. We would find we are different but all same same.

Oh, and tomorrow I will take the bus to Equador.

Oh, and the picture is taken from Byron’s backyard.