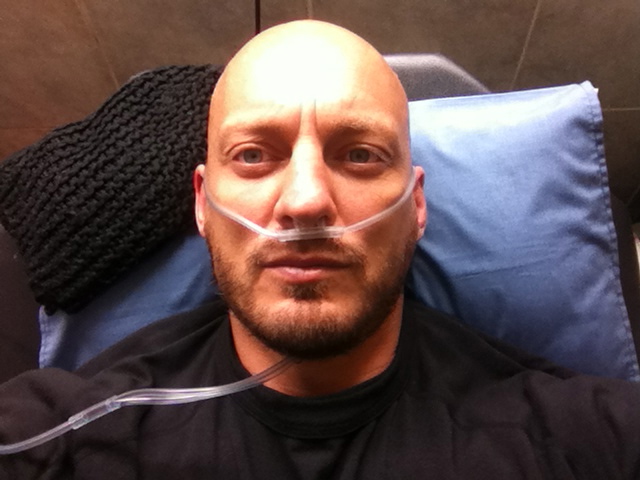 Sometimes I play a bit with time. My previous post was finished one hour north of Ica, like it said. But I posted it almost 20 hours later in my hostel where I had a wifi connection. That meant in this case also that I had a complete adventure between finishing the article and posting it, making me feel I was posting old news.

As I said I decided to not leave the bus in Ica but to keep heading for Cuzco. I thought it would take me 15 hours and that I had covered 4-5 hours at the moment of deciding, leaving me another 10 hours in the bus. Piece of cake for this world traveler, especially because the buses are luxurious and have wifi. I mean: 2 hours of Facebook and 8 hours of sleep? Perfect! Sounds like weekend! What I didn’t know was that the ride from Lima to Cuzco is not 15 but 21 hours. What I also did not immediately realize is that Cuzco is at 3400 meters. Sleeping at altitude higher than 2500 meters gives the risk of AMS (Acute Mountain Sickness) and I seem to be sensitive to that. Not to mention all the winding it takes before one has finally reached a destination that high.

Surely I developed a headache around 10 o’clock in the morning. After my adventure in Ladakh I know what this means: my brains are starting to swell. It hurts like hell. On top of that I am getting nauseous and dizzy. Meanwhile the bus keeps climbing and climbing and we have hours more to go. Although I am quite sure I will make it, the idea that AMS can lead to death if not treated is not funny. I hate myself for making the decision to go to Cuzco and I am angry with my friend Ralph who had mentioned the possibility of receiving an initiation from special shamans in a so-called ‘sacred’ valley close to Cuzco. Why did he put the idea in my head? Why am I going into the mountains? Why am I spending the whole fucking day in a bus that keeps winding and winding? Nearby Ica was an idyllic oasis. I should be sand boarding today. 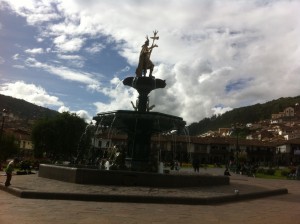 When the bus finally reaches its stupid destination I immediately take a taxi to the hospital. 45 minutes later, after having purchased a bag full of medication that I will never use, I am connected to an oxygen tank. I fall asleep and feel much better after an hour. After 2 hours the oxygen level in my blood is normal again and I walk out of the hospital as if it never happened, only $150,- lighter.

I had found a name of a hostel on TripAdvisor. According to the reviews it was a quiet place and not too expensive. I had been considering taking the nicest B&B but I took this one. It was further away than I thought which pissed me off a bit. But I got a room, was presented tea from coca leaves (it helps the body to acclimatize but it was a bit too late for that, I had already been sick) and went to bed quite early.

In the morning I felt a lot better. During breakfast I met with Joe, the owner. He asks me what my profession is and I tell him what I do and why. Turns out he sees life and the world pretty much exactly in the same way. He used to work on cruise ships but he and his wife wanted a life where they could host people from different cultures, giving them a place where they would feel welcome. They try to live an honest life, as much as possible in accordance with their hearts, their values, their culture and nature. His wife Sonia showed me the garden where fresh herbs grow and I joined them for lunch made by Joe’s mom. They had a spiritual teacher, practiced meditation, were interested in different traditions but – as Joe said – doing spiritual things is one thing, living an honest life is another. I could not agree more. And I felt immediately at home. 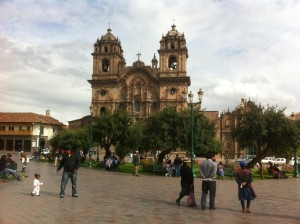 The coincidence or the synchronicity together with the contradictions makes my jaw drop. 12 hours ago I hated this place, now I feel like I am exactly at the right place at the right time. How on earth is it possible that I run into this hostel? And about life values, about generosity to be specific: when I was in my room I felt that I should have tried harder to haggle the price down. But I don’t like it so much to make an effort to give less, I see people work hard enough for their buck in these countries. In the morning I was happy I didn’t. I am quite happy to support their good-hearted project here.

Work-wise the morning started a little hesitant as if it needed to pick up momentum. But then I received a couple of really promising emails from the US. If the Universe keeps conspiring in the way it has been doing the last 48 hours good things will happen (keep praying guys, I think it is working!). At the end of the day I met the brother of my friend Ralph’s teacher and he will arrange a meeting with a shaman for me coming Wednesday. Tomorrow I will start a 4-day trek to Machu Picchu. I am thinking about skipping Chile and taking my time here. I will try to catch a plane to Argentina after Valentine’s Day.

I am in awe about how the Universe is weaving this story for, around and about me. That I was meant to end up in this hostel is one thing. But why the visit to the hospital? I am so curious about what will happen next. Isn’t this life an amazing ride?