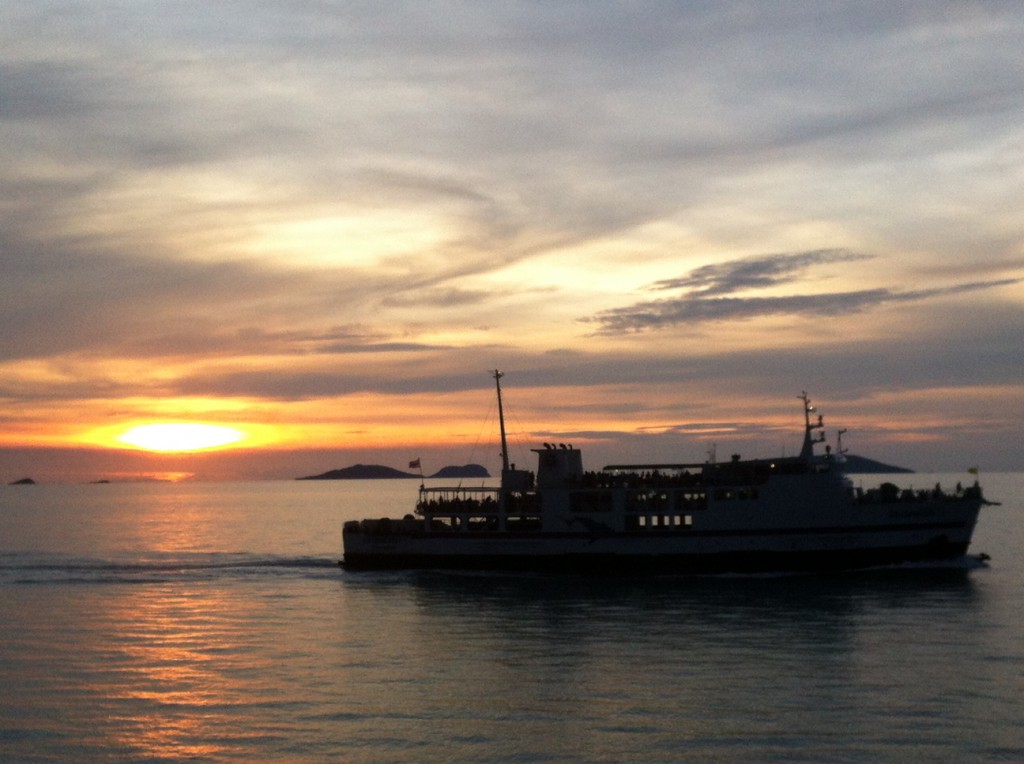 Plane from Hong Kong to Bangkok

Tonight my life will look different again. I am on the plane from Hong Kong to Bangkok. Then another plane, a bus, a boat and a taxi and I will meet the girl I haven’t seen for a year. When we met for the first time there was no romantic interest, not officially anyway. Neither of us was available then. Things have changed.

I know her and I don’t know her. I have met her in real life but we never dated or kissed. We don’t know much about each other but I feel a strong connection (and the feeling seems to be mutual). I also feel open to any outcome. It could last a week, a month or forever. It could be the beginning of a new life. We will see. I felt very excited this morning and I feel very calm now.

Six months ago I decided I wanted to see her and I would conquer all the obstacles and challenges between us. There was literally half a world between us then. I did everything in my power to bridge the distance and to find the resources to create time and space together. Today I am closing the gap.

I marvel at the power of a decision. So much can change in so many lives when we take a powerful decision and follow up on it. One day Columbus decided to sail west and discovered America, one day Obama decided he wanted to become the president of the USA, one day Nelson Mandela decided to fight for the freedom and justice of his people. In the summer of 2011 I decided to go on a quest for the 21st century warrior, to search for goodness and meaning and help as many people as I could. As the journey unfolds a princess shows up in the story.

Because I grew up without a father I have been figuring out my whole life what it means to be a man. Because I was told that my father wasn’t really a man of great character I have been trying to figure out what it means to be a good man. It has been a hell of a ride. The most important lesson is that the definition of ‘good’ should not be given by the ego. The ego likes safe, stable, predictable and controllable. It looks outside for confirmation and seeks for approval by achievement of culturally, economically and societally valued goals. To grow and to find out what it means to be a good man I have to challenge the rules of the ego-game. Conquering the ego and therefore fear opens up a whole new world of possibilities.

I subconsciously decided to take on every challenge that would present itself to me when I started this journey. I have no choice than to follow the story. After many months of being alone I will now be together. I get to practice masculinity in relation with the feminine. A new chapter in the warrior’s journey.