Between Cairo and Baghdad, plane.

Ok, I guess there is nervousness inside me but there is surrendering too, and trust. I really don’t know what I am getting in to. Will it be normal? Or “relatively normal”? Or will I see shooting people and hear (or see) car bombs?

To find your way in Iraq and go from place to place you need a “fixer”. That’s a guy who has connections everywhere and knows in which streets to go and in which streets not to go. He is not a bodyguard but more than a tour guide.

What motivated me to go to Iraq were the stories and the passion of Dutch photographer Marieke van der Velden. As I told before I had no intention at all to go to dangerous places but talking to her made me realize that the people in the difficult places are most isolated from the rest of the world. Once I knew I could not ignore them anymore.

Marieke introduced me to her fixer. I talked to him a couple of times on Skype and I think we connected nicely. He found an NGO that wants to work with me. Although I only know him from a couple of meetings on Skype and he hardly replies to email I am basically putting my life in his hands.

Yesterday I heard that he probably has to leave the country, tomorrow to be exactly. And he might or might not have the time to pick me up from the airport. And speaking about the upcoming Arab summit he said “I just hope the security situation doesn’t get any crazier than it is now”. When I ask how crazy the current situation exactly was I get the macho response “when nothing is happening I start to worry”. So the security situation is crazy and my fixer is leaving the country.

Should I be concerned or should I trust that I will be fine? I really hope that I will come out in one piece. I am not confident about the security. The only thing I feel confident about is that I am doing a good thing. In my meditation I can find no reason not to go. The only thing that holds me back is fear, my survival mechanisms that tell me not to put my life in danger.

Every plunge in the unknown without a safety net confronts us consciously or unconsciously with our fear of death. When you are really honest with yourself you will almost always end up there. That’s why it is so hard to leave our comfort zone and that’s why we don’t like to be in a vulnerable position. I saw this for the first time in 2004, just after my awakening experience. I was still fighting for the relationship that was falling apart. My heart had opened, I had changed tremendously overnight and I could ‘see’ all my previous ignorance. In my eyes this was a very good reason to take me back but for my girlfriend at the time this change in behavior was suspect and creepy enough to threaten to call the police if I would ever talk to her again. I was devastated. I friend of mine told me to stop fighting. I told him I couldn’t. He asked me why. I told him that I had been fighting all my life. Then I said “when I stop “they” will beat me to death”. This was the underlying fear. This was the first time I saw that fear of death was under my behavior. All my behavior was fear driven and under all my fears was fear of death. I was not just fighting for my relationship; I was fighting for survival.

(I have to run for my plane) 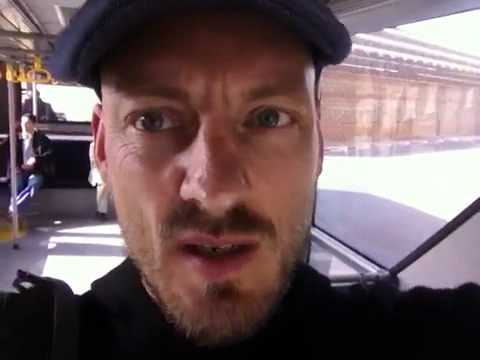 Let me just say it out loud: my deepest fear is that my legs and balls get blown off, my face gets burned and I get paralyzed. I am afraid not to come back as man ready to start a family, balanced, open and experienced, but as an ugly lump of useless but still breathing meat.

I have been reflecting on this the last days and I really believed I had found something new, that I had found an exception on the fear of death thing. But what I see now is that the deepest fear is the death of the identity, the ego.

If I would die in Iraq, I would die a hero’s death. This is off course the way the Warrior in me would like to go. Die young, giving my life for the highest cause, which is the awakening of all sentient beings, leaving a beautiful body. I would be remembered in a good way, hopefully as a guy with a powerful message, and this post would go viral (I hope). I truly feel that if I would go in this way my life had value, that I made a contribution to the lineage of men and women who gave their life for a good cause. But I also see that this story feeds my ego.

Coming back maimed but alive would ruin all the glory my ego has in mind for me. I fear the shame and embarrassment I will have to face, I fear people talking about me behind my back, telling their children “this is what happens when you follow your heart”. I fear to become dependent and to wear diapers. I fear to hate my reflection in the mirror, I fear to become more abandoned, lonely and misunderstood than ever. I fear to lose my strength, my charisma and my ability to communicate and empower others. I fear that no woman wants to touch me anymore and I will never make love again. I fear people will forget about me. I fear to die alone, unloved, rejected and forgotten, unable to make a mark, not even able to reproduce. I fear failure and I fear finding out I was wrong. I fear that my last though will be “I wish I never followed my heart” before I let my disfigured body fall of a tall building. I fear to go without a sense of wholeness and completion but with a deep feeling of inadequacy.

All these fears are terrible and they feel very real. Just looking at the paragraph above brings tears to my eyes. But I also feel compassion for all the attachments of this guy and his endless attempts to break through. Because that is the other side: I really feel that I am more than my fears. I feel a lot of love for my fears and there are so many frightened people that need love and compassion too. I rather acknowledge, reach out and bear witness than do nothing and be ‘safe’.

In Zen Buddhist tradition we vow the vow of the Boddhisattva. When a human being realizes his Buddha nature he can go to Nirvana and doesn’t have to reincarnate anymore. He is done. But although he has attained Enlightenment the Boddhisattva vows to leave last, to awaken all sentient beings first. He consciously chooses to come back to the earth until the work is done. I vowed that vow many times so I guess I will get another chance in a next lifetime if things go wrong.

For now I am good. I am in the plane. I am the only white guy on board which is a bit eerie but there is no shooting or shouting. The communication is a bit rough but nothing you couldn’t find in Paris too. I look forward to meeting the guys of the NGO; hopefully they will pick me up from the airport.