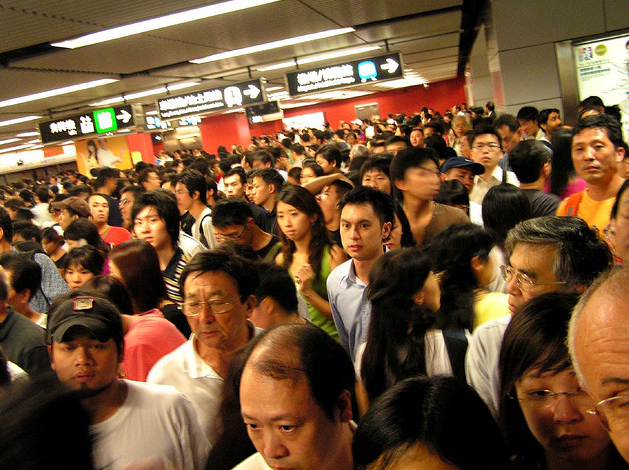 One of the really cool things of giving the type of workshops that I give in different countries is that it reveals the cultural aspect of the personality structure. Common factors, traditions and beliefs in a country or region leave similar marks on the souls that grow up there. Different things are valued in different countries and communities causing different aspects to be suppressed.

Because I was spending most of my time with Dutch expats I didn’t get a close look at the Chinese. But that changed this week. Of course I could observe them in the public domain but it is obviously different to interact closely with people than observe from a distance.

I am brought up in Holland. I am born in 1971. Although my parents weren’t exactly children from the 60’s and I would say that I was raised fairly normal. Normal, compared to other children of my age in my school and my area. But quite different from a Chassidic child from Tsfat, a Shia child from Sadr city, a higher caste child from Mumbai or a middle class kid from Hong Kong.

To my surprise Chinese men are quite comfortable being naked around each other. I noticed this when I stepped into a public locker room on the beach when I was looking for a toilet. Just like in a Dutch locker room nobody makes an effort to prevent their genitals to be seen. People dry themselves off and get dressed, that’s it. No big deal. This is quite different in Arab culture and in India. Now everybody should make up for themselves if they want to show their genitals, right? Every Arab should be as free to cherish his privacy as Danes can cherish their nudity. Or not? The problem is that in places where people value chastity the ideas about sexuality are most distorted and lead to horrible excesses. The scandals in the Roman Catholic church and the recent mob assaults by Egyptian men on women are confrontational examples. But I am getting side-tracked because I just read this horrible but somehow relevant article. But back to the Chinese.

Many Chinese have so little emotion in their faces that it seems unhuman to me. It is not uncommon that when you ask someone for directions he will just completely ignore you, just stare right past you, as if you don’t exist. There is not a hint of recognition. It is an alienating experience. As I told in my previous post I was asked to help a client with the ‘opening up’ of his Chinese employees. I expected a difficult job. But I never gave it much thought what would be underlying motive for the Chinese to be so introverted.

What I found was quite shocking and at the same time not surprising. I learned that it is very normal for Chinese parents to beat their children. A lot. The emphasis is on obedience and on conforming. Individuality and uniqueness are not valued. So while the Western European kids are stimulated to become individuals, the Chinese kids are beaten into conformity. No wonder that they have difficulty speaking up when confronted with smart mouthed European or American colleagues. In the West we learn to express ourselves or at least have an opinion, in the East people learn to shut up and do what they are told.

Humiliations, spankings and beatings, slaps in the face, betrayal, sexual exploitation, derision, neglect, etc. are all forms of mistreatment, because they injure the integrity and dignity of a child, even if their consequences are not visible right away. However, as adults, most abused children will suffer, and let others suffer, from these injuries. This dynamic of violence can deform some victims into hangmen who take revenge even on whole nations and become willing executors to dictators as unutterably appalling as Hitler and other cruel leaders. Beaten children very early on assimilate the violence they endured, which they may glorify and apply later as parents, in believing that they deserved the punishment and were beaten out of love. They don’t know that the only reason for the punishments they have ( or in retrospect, had) to endure is the fact that their parents themselves endured and learned violence without being able to question it. Later, the adults, once abused children, beat their own children and often feel grateful to their parents who mistreated them when they were small and defenseless.

This is why society’s ignorance remains so immovable and parents continue to produce severe pain and destructivity – in all “good will”, in every generation. Most people tolerate this blindly because the origins of human violence in childhood have been and are still being ignored worldwide. Almost all small children are smacked during the first three years of life when they begin to walk and to touch objects which may not be touched. This happens at exactly the time when the human brain builds up its structure and should thus learn kindness, truthfulness, and love but never, never cruelty and lies.

It is sad to see the devastating effects of child abuse on a massive scale from close up. But it is also reassuring to see that there is still authenticity and humanity underneath the masks of conformity. I have seen it with my own eyes how my Chinese participants responded to my workshops. We all have Buddha nature after all.