I am in my favorite coffee spot near the dojo. Just got back from my Tsfat adventure. Seems like I am coming home after being on a different planet.

When I was in Nes Ammim I remembered I had friends in Northern Israel. In my mind Riphael and Adinah lived in the town next to my grandfathers place. I was incorrect, it turned out that they had always be living in Tsfat. Although we met only once 8 years ago I was very welcome to come visit.

Adinah and Riphael are deeply religious people, belonging to the Chassidic Jewish tribe, as Adinah explained to me in their book-filled house. 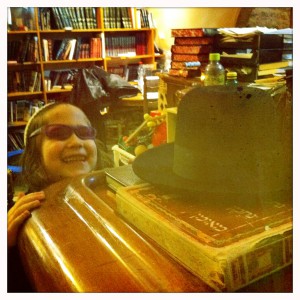 Coincidentally I called when they were preparing the wedding of their 19 years old son (there are also two younger boys). Although in their tradition there is no such thing as a coincidence. Hashem (which means “The Name” as they should not take the word God in their mouths) has everything planned. For me it feels very humbling to be seen and received as a gift. I don’t think I will get used to it and I also hope (and trust) that somebody will kick me the minute I do.

I arrived on a Friday afternoon, a couple hours before Shabbat. Shabbat is a day of strict rest. The religious Jews are not even allowed to switch the light on or off. Which means they have found all kinds of clever solutions like leaving the light on and have special plates that keep the food warm for the next day. The hours before Shabbat are very hectic; everybody is rushing. If feels like rushing to your massage appointment, as one of their friends put it. This is paradoxical, off course. The other side was also true: there is an unmistakable beauty about creating an oasis of rest and contemplation in the midst of the six regular workdays. This is the meaning of Shabbat.

The Shabbat before the wedding is very special for the young Chassidic groom. Basically it is a religious stag night (men and women are very much separated). All his friends are present; they have a traditional meal together and sing. 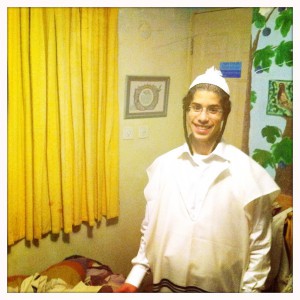 The night was paradigm shattering. Off course I felt judgment, curiosity and rejection around the idea of a kid marrying an even younger girl (17). But what I saw was that wasn’t a naïve or forced decision. When the boys started singing it was as if they tried to sing their friend to another spiritual level. Not only seemed everybody very aware of the sacredness of the occasion, I saw that this was the level they operated from. I can’t say they were in trance but there was certainly something very special going on, accumulating into a euphoric state of mind. I had never seen such devotion. What also struck me was the oneness of the guys. Nobody argued with the other about what the next song should be. Somebody would start and everybody would join forces. Within the singing was improvisation; there was place for the uniqueness of every voice too. There was oneness and diversity. Unfortunately I wasn’t allowed to take pictures because that is strictly forbidden on Shabbat. But I will cherish the memory of their voices sweetly tickling my heart chakra.

The experience brings up important questions? What is right? To be spiritually trained for years to make every step in life in the most conscious way a tradition allows us to or to start experimenting with the other gender, falling in and out of love, from the age our hormones take over our bodies? I’m a big advocate of consciousness but would not want to have missed all the adventures, girlfriends and flings I had in my life but I could see that they have a case too. I am not ready to give up my way but I can’t say with 100% security that my way is better.

After that night I was also invited for the wedding. Very cool. The whole Chassidic community went by bus to B’nei Brak. I was the only gentile in a bus full of men in black. I had a couple of interesting conversations but in some sense I felt it took away some of the magic of the night with the young men. I encountered their rigidity. 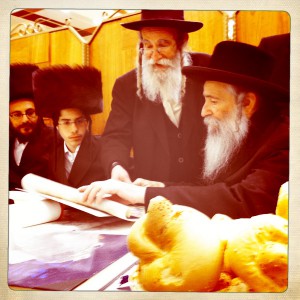 Pretty much all these men spend a large amount of every day praying. You can feel that. They have very clear eyes. But when you talk to them they will explain to you that Judaism is the most complete religion and that the Jewish soul is a higher soul than normal souls.  Then the eyes become hard and I felt their subconscious anger. No room for arguing here. For me enough reason to not buy into the story of the perfection. But there was more. It is very clear that they neglect their bodies. Not one of them is fit, and quite a few of them look pretty exhausted to me. Also their town is not that clean. They give priority to studying the Thorah and it shows. It feels contradictory to me when somebody tells me that Judaism is the highest path but doesn’t embody harmony of body, mind and spirit.

I know this pitfall. I used to believe that to be a successful human being one should be strong and smart. I was stuck in body and mind and had neglected my spirit. But when we neglect or deny parts of ourself we suffer on a subconscious level. Imagine you really belief you have only one arm instead of two. To convince yourself you must make the arm you acknowledge really strong, just in case someone reminds you about the other arm. When that happens you can say “there is no other arm. THIS is the ONLY arm! And it is the best arm in the world!” and you show your strong arm in a way that shuts the other up. You might feel superior because of the enormous strength of your intensely developed arm. You feel proud. You, rightful owner of the superstrong arm, become identified like I was identified with my body and IQ. Then one day you wake up. And you see always had two arms, given to you by creation. You are whole and complete and now you just need to take care of your underdeveloped arm. Give it special attention instead of neglect. This is what I found when I saw my own wholeness: I had always been overcompensating my subconscious inferiority with acting superior. My ego didn’t want to feel weakness and vulnerability so I created defenses. I could see these mechanisms at work inside my Jewish friends too.

But oh well.. in the imperfection one finds the perfection, I assume. I really liked to be present at the wedding. It was a trip. Within the security of their own people these Chassidic guys celebrate their asses off. And I really liked Ohr Eden, the groom. What an intense young man. Beautiful. So much devotion.

I wish him the strength and the wisdom to transcend his tradition. I hope he will go into the world when he is 25 and learn from different masters from traditions from all over the planet. I hope he will come back to his own tradition but with a new, more inclusive paradigm. I hope he will teach from his own direct experience. I hope he will create a strong, healthy and radiant vessel for his Jewish Dharma (and for his wife). May he heal many souls in his lifetime, Jewish and beyond.

Thank you for your blessings, my young friend. You are in my heart. I hope we will meet again one day.

Video taken in the bus from Tsfat to the wedding. Check out the dude behind me. 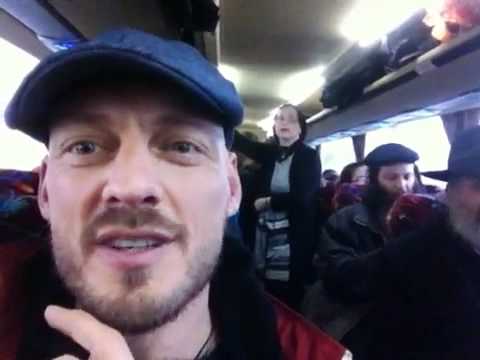 The groom preparing for the next step, with all his heart and soul: 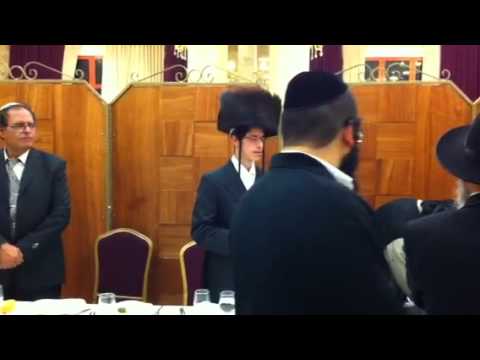 He is now officially married!: 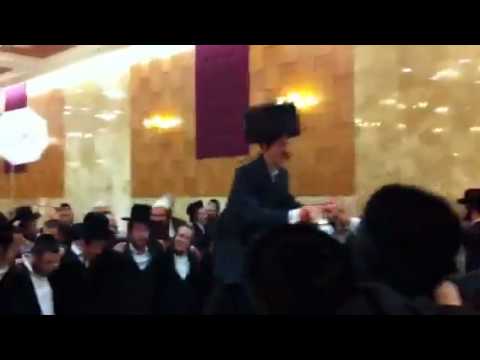