Before I left Amsterdam I had an idea of wanting to meet inspiring and – let’s be honest – famous people. Deep down I want to hang out with Nelson Mandela and Desmond Tutu and become buddies. It didn’t really go that way. This has to do with my fear of approaching those people, my fear and resistance around planning, my embarrassment about showing up in places without a plan and my inability to pitch my mission and myself. I am not the guy who talks himself into some boardroom. But I am a guy who jumps on a plane and figures things out along the way. And the latter has also brought me many things.

The people that inspire me are not only the rich, famous and successful. I knew that before and it has been confirmed many times. In general you could say that I am just fascinated by the human condition. All these beings walking around on this planet that is hovering in space (in space! In nothingness! Not dangling from some giant rope!) in an endless Universe. All of us trying to make something of our lives, all of us with our own perspective on the things that happen around us.

I feel that one of the best things that can happen to us is to have our perspectives challenged. I used to have a completely different perspective. I used to think that my perspective was the right perspective and others were wrong. I would engage in debates and arguments to prove that I was right and others wrong. If you had a different opinion than me I would probably see you and your opinion as inferior.

As we speak I am house sitting on a house that is rented by 4 young guys. The most of them are English teachers from the States and a Colombian musician. This guy, Miquel, just arrived back home after a short holiday to Cartagena with his girlfriend and his two sons. His two sons come from an earlier relationship and they live with their mother in a different city. He is only 25.

It I not impossible that if I met Miquel when I was 25 myself I would be not understanding and judgmental. So young and so many kids? He has a daughter with another girl too. But when I hear his story and see him around his boys I am humbled and feel a lot of respect. Just like me he wanted all his relationships to work and he loved his girlfriends but things didn’t work out for various reasons. But unlike me he grew up in a very bad neighborhood in Bogota and because his father worked his ass of he was able to send his kids to school. Because of the sweat of his father he got an education. Because of his own sweat he developed himself into a musician. He is happy with his life but he has to work very hard to support his children. Just like his father did for him he wants the best for his boys and girl.

It’s the Christmas holiday now, which means he can spend time with his sons. He takes the bus to drive 12 hours to pick up his sons and drive 12 hours back. In my ‘world’ being in a crowded bus for 12 hours with 2 small kids was not an option. Here it is a reality. Nobody complains. Everybody seems to have an endless flexibility, including the kids. They come back tired but not grumpy, moody or crying.

Miquel’s girlfriend Melissa, 21 maybe, takes girl of the children as if they are her own. She is loving, caring, helpful, everything. Turns out it was the first time she met the kids of Miquel. I am stunned when I hear this. To see such a young girl take on the role of the mother of the family like slipping into an old pair of jeans, without asking any questions, without a trace of indecisiveness or ego.

This house has 4 bedrooms, 4 guys pay rent here and are each others room mates. Everybody has his own room. But at this moment it means that Miquel has his whole family in just his one bedroom. I can’t remember ever having to share a bed with my brother, let alone with my brother and my parents for a whole week. In my perspective this would be a ‘problem’ and a ‘difficult situation’, something that needed to be ‘fixed’ as soon as possible. I am embarrassed to admit it but I remember that at the beginning of my stay here I was somewhat unhappy with the mattress of the bed that was offered to me..

The point is: there is no problem. It is a problem that only exists in my world. The children are happy all day, laughing and playing. Miquel is obviously happy to have them close, Melissa comse from work and cooks. There is food on the table, a roof over our head and love is abundant.

I am impressed to see such young people handle their lives in such mature, seemingly effortless ways without much complaining. Yes, Miquel tells me he finds it very hard that he can’t see his kids as much as he would like but by living in Cali he has better changed to secure their future. So he does the best he can do and makes the sacrifice that he needs to make. In the mean time he is pursuing his dream as a professional musician and was able to make the money for the instruments he needs. He counts his blessings. I am impressed.

Melissa and Miquel teach me so many things. To live in the moment but keep an eye on the future too. To accept live as it is presented to you and not hold a grudge. To be kind and loving and to pursue your personal dreams simultaneously. To share all your resources. To give the children lots of space but also trust that things will work out during the times they are out of sight. To be thankful and happy.

Dear Melissa and Miquel, thank you for being in my life. This song is from my childhood but it is only now that I understand the lyrics: 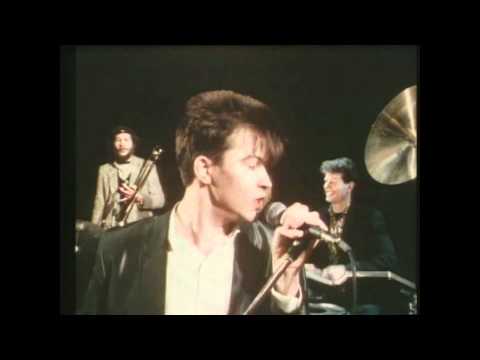