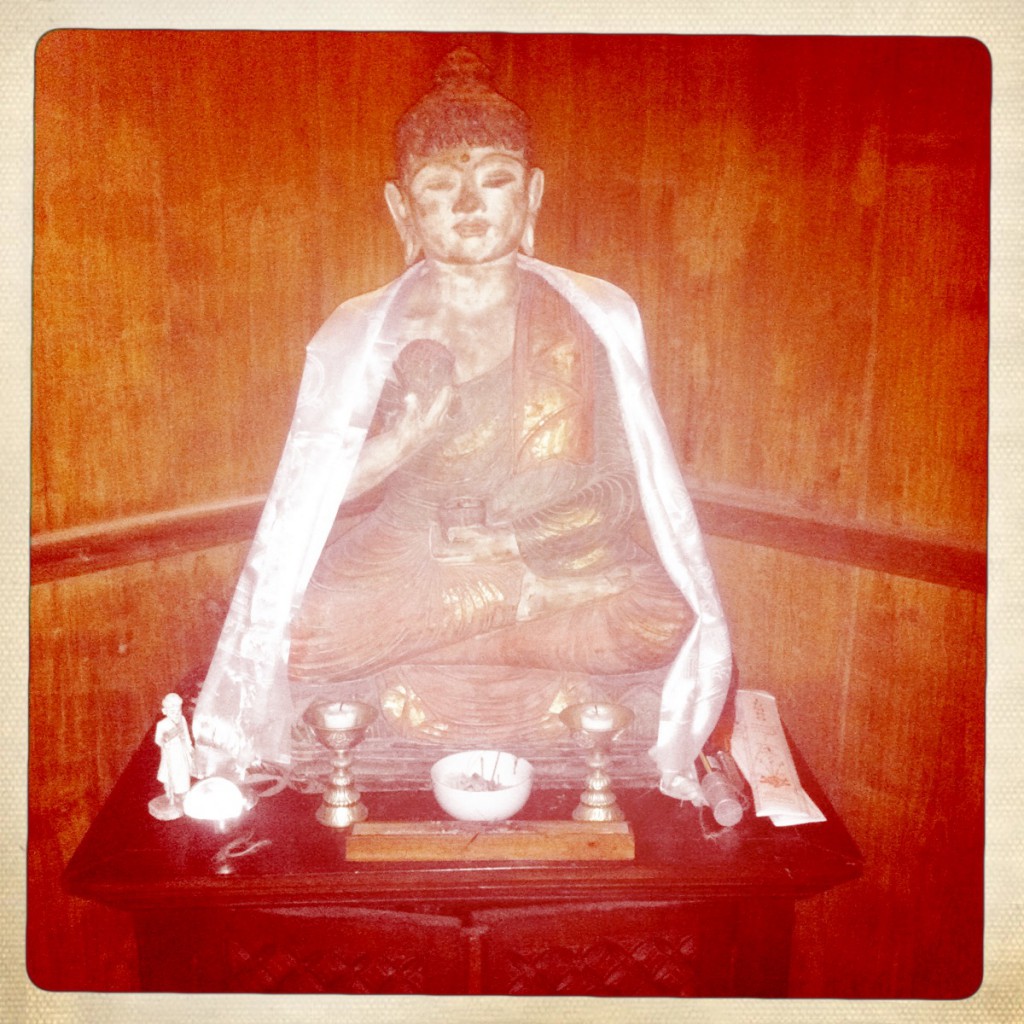 This afternoon I was chatting with Satya. We were sitting on the veranda of Kura Kura, overlooking the beautiful garden. She had asked me about my relationship with my father and I told that he died in 2006. Somewhere during this trip I realized that I probably spent less then 12 hours with my father in my whole life. This is not a lot of time. To say that our relationship was disturbed is an understatement.

At a certain moment in the conversation Satya, staring into the garden, mused how perfect life was. That everything has its perfect place, playing its perfect role in time and space. How the family I was born in created the perfect conditions for the life I am living today.

I agree. After ‘waking up’ in 2004 the whole chain of cause and effect that lead to the creation of my particular ego and finally the deconstruction of it became instantly clear to me. One way to describe that event was that my ego structure was put under an extreme amount of stress and finally received a final blow that made the structure collapse. It had to endure a mixture of extreme anger, humiliation and rejection that lead to ultimate despair and finally a surrender. Seconds after my ego collapsed I realized it was the greatest blessing a human being can receive. An enormous truth that was hidden in my subconscious was revealed to me. It made me realize that all the blows I had received in my life were necessary to bring me to the breaking point.

It changed my idea that suffering is bad. It is not. My pain is my capital: because I have felt the pain that was stored in my body I can see it in others and I genuinely care. It is not pity: pity is feeling sorry for somebody who is feeling something you would not want to feel yourself. It is compassion: knowing that the difficulties that the other is experiencing are very sad and painful but they serve a purpose and are necessary. I don’t want people to suffer; I want them to wake up and for as far I know you can’t skip the suffering in between. Seeing the reality for what is it is the awakening.

I wanted to type here: unfortunately my awakening was not complete enough to become free from suffering. But I am seeing in this very moment that my fingers wanted to write those words that my experience was perfect as it was. It is not an unfortunate thing. My partial awakening transformed me in the persevering seeker I am today. I know that to awaken is the most important, most humbling and most needed thing in our human existence. At the same time I can share from the place of having one foot in the samsaric ego realm and another foot in the Buddha realm. I am seeing that doing what I am doing now and going through what I am going through is exactly what needs to happen. There is an enormous freedom in accepting what we are and where we are at.

When Satya told me about how everybody plays his or her role in this existence perfectly and told me how we are influencing and being influenced by those around us in a perfect way I realized she was in that very moment playing her perfect part in transmitting something to me. There was no other possibility. She told me how nature is her teacher. A flower doesn’t rush its blooming, a tree doesn’t get angry when winter comes early.

If I can fully trust and experience who I am I don’t have to do anything. No tulip tries to be a rose. There is nothing to achieve. The doing confuses us. We only have to allow ourselves to be.

Yesterday I received an email of an Australian friend who is trying to help me but was getting frustrated with my unclarity, lack of plans and inability to phrase what I want from her as she is trying to connect me with inspiring Australian leaders. Do I want to write about them as modern day warriors, or am I just interested in meeting them to learn more about myself? Today I realized that my role is to unfold, express and share. I will keep searching for truth and integrity and share the story because this is my nature. There are people that the world should know about. By meeting them they become part of my story and vice versa. Those who understand my mission will know they have to play their part in my story. Because they want their stories to be shared so they can serve others.