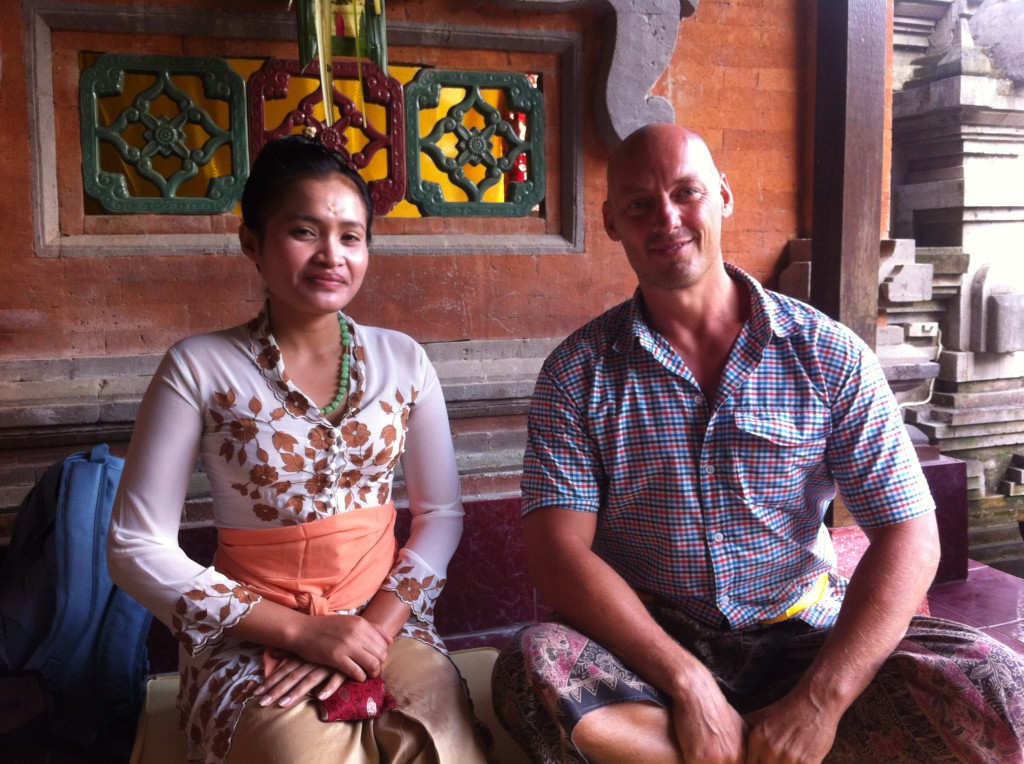 Internally I had a few terrible days but superficially they were amazing. We went to visit the Maha Rishi who was assisted by the Gusti and she had a message for me. Dewa the Balinese healer paid us a surprise visit this morning and did a session with me. All these people have special powers, I personally witnessed a couple of otherworldly things. I had a couple of beautiful conversations with Satya, also a pretty magnificent human being. Regardless, I was being eaten alive inside. I felt being dragged from disappointment to disappointment. And then, after the chi qong class of Sahaj (that obviously sucked in my eyes but was received annoyingly positive by my fellow students) I feel that the veil is being lifted. It is almost embarrassing; when I was asked to share my experience at the end of the class I was so dark and negative and a couple of minutes later I can almost physically see the darkness dissolve. Where did it go?

To make it more confusing: I had a similar experience exactly 10 days ago. It is the 30th today. On the 20th the veil lifted itself too. Let’s make a mental memo to check what is going on with me on the 10th of September. If everything goes according to plan I will have arrived in Sydney then. I look forward to the clarity (but not to the confusion in between, please let it not happen again).

The Maha Rishi or the Ida Rishi is a remarkable girl. I don’t know if I spell her name correctly of use her title in the right way but I heard people use both terms. She is a 26-year-old Balinese girl who lead a very normal Balinese life until 5 years ago. To cut a long story short: she got sick and the treatment was not working. Afraid she was not going to make it her family brought her to a temple. During the ceremony she got a message that she was called to become a priestess. Her family was not amused and did not support the calling. She got sick again. This time her grandfather promised the Gods he would do everything he could to help her if they would bring her back. From that moment on all the wisdom was channeled into this girl. Her initiation took 21 days. Imagine a Tibetan boy being transformed into the Dalai Lama in 21 days. Without any training or reading any books she was suddenly able to perform ancient and rare ceremonies, could speak an astral language and could chant all kinds of holy sutras. She was tested by a council of high Balinese priests and passed all the exams. Of course this triggered the disbelief of other shamans, healers and priests but she keeps passing all the tests which slowly starts to make her famous. According to Satya and Sahaj she is one of the most enlightened beings they have ever encountered.

I received her blessing just as I received the blessing from Dewa in the sacred fountains of Tirta Empul. In the moment is was nice but half an hour later I realized I was back in my black hole, now falling even deeper because the realization that not even the Rishi or the sacred fountain could help me kicked in. At the same time: I have seen people cry, collapse, shake and scream when she blessed them. The only time I have witnessed such strong effects on people was in ayahuasca ceremonies. Astonishing.

At this moment I really don’t have anything sensible to say about what it going on. I might change again tomorrow. I have no idea if I am moving in the right direction or not. What I can say is that the Rishi told me the same thing as Satya and Sahaj which is connected to theme I saw in Iraq: she told me to develop the hara. This is the energy center below the navel where the universal life force is situated. Rishi told me that when the force is strong it pushes up to the heart. Then my head can drop into my heart and the Divine force will enter and work freely. Until now my heart is strong and open but my mind is still messing with me, according to the Rishi. Well, I think I have been proving that sufficiently.

My newfound yoga practice should help me with the development of the weaker chakras as it is tailor made to do exactly that. Satya tried to tell me these last days that they were there to help me: Sahaj, Dewa, Gusti (Rishi’s helper and translator) and herself. It was hard for me to really receive that when I was feeling so constricted. Slowly, slowly I am getting it: I am supported even in my darkest hours. By teachers, by healers, by friends, by followers and by strangers. I am less alone then I feel. I think that goes for most of us. 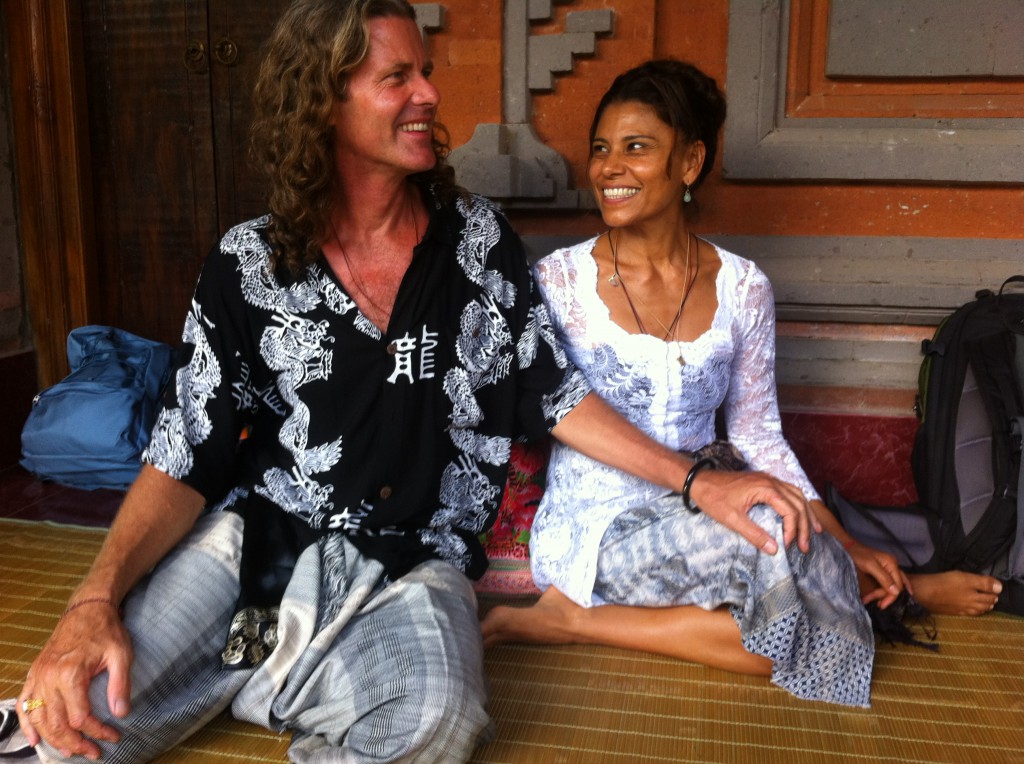 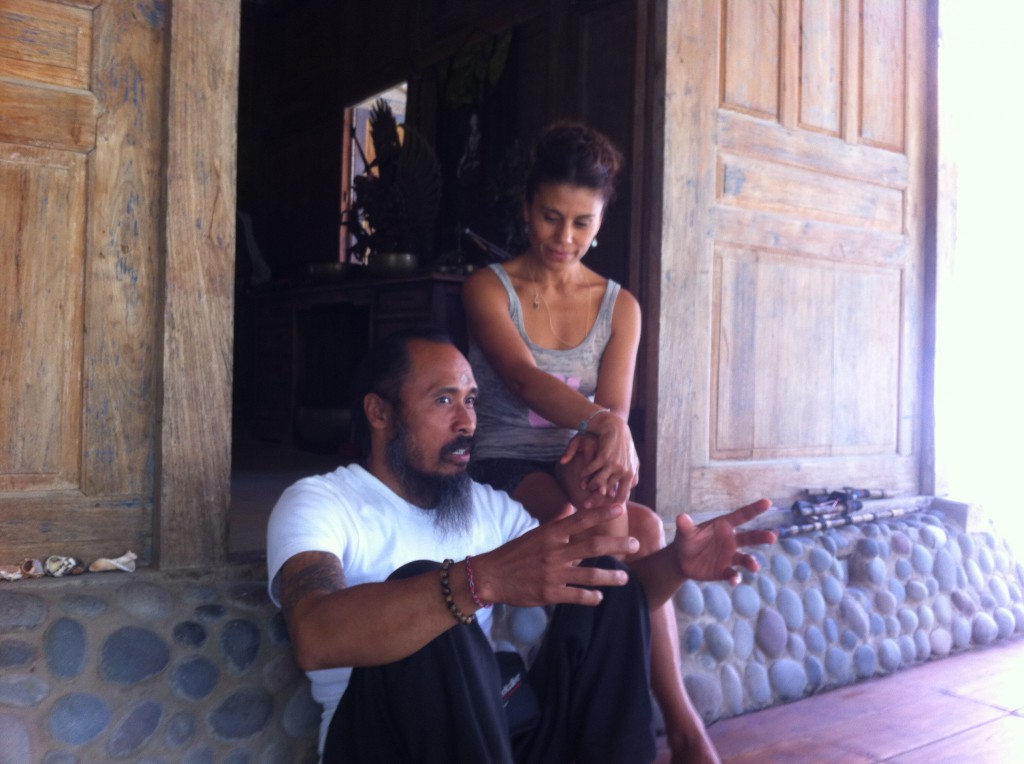