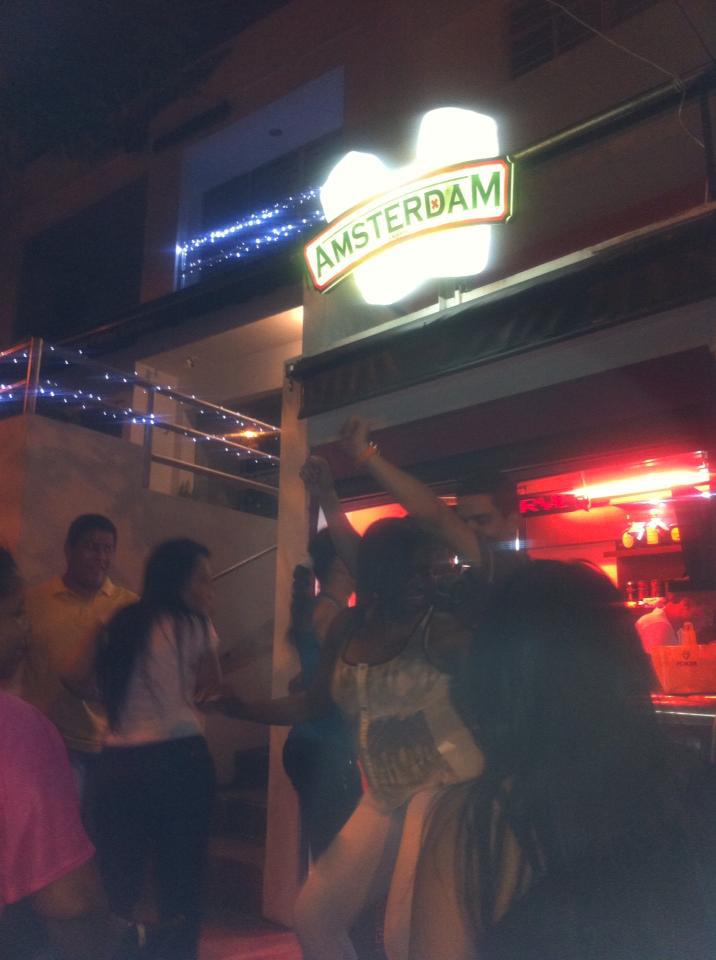 Last night I arrived in Cali. Dave, an English guy I met 3 years ago in Colombia got me a room in a hostel next door to his apartment. We went for dinner one block further.

How different can life look in just a couple of hours. From the world of shamans to the world of salsa. Young people were making a party out of nothing. They were just hanging out on the street. A bottle shop named ‘Amsterdam’ (what are the odds?) provided beers and music and the youngsters just started dancing. After a while we were invited to chip in for the next bottle of aguardiente. From that moment we were part of the group. It was worth the investment of a couple of pesos.

There are not many white people here, let alone tourists. It is nice. I stand out of the crowd but am treated with so much friendliness. When I was in the mini van from Pasto to Cali we stopped halfway for lunch. I don’t speak a word of Spanish so ordering is kind of tricky in these places without a menu. But the driver of the bus just popped up next to me and I don’t know what he was saying but I was pretty confident that he made sure I got something tasty. And he did.

I must say that the food in these roadside restaurants in poor countries is about a billion times better than in highway restaurants in Europe or the States. Instead of soulless mass-produced crap they serve you honest, simple homemade food, coming from a kitchen run by mamas. There was a tasty soup with vegetables and potatoes and rice and meat. The waitresses are semi flirting with me. And they are semi ridiculing the big bald man who doesn’t speak Spanish too. But when I leave they all want to shake my hand and giggle. The boss asks me when I come back. I feel treated like a rock star.

I like to be back in the city too. The last ayahuasca ceremonies were again difficult, to say the least. So difficult I don’t want to speak about it, maybe later. If feels good to take a break although I am pretty sure I will go back to Sibundoy. But for now I had a couple of drinks last night, have a place with fast internet today and I went to a gym this morning. Oh, and it is pretty warm again.

My first priority is to learn Spanish (all tips and tools are most welcome). And it is made clear to me that I should learn how to dance salsa too. ‘No bailar, no mujeres’ I think they said: ‘no dancing, no ladies’. And it seems pretty clear that dancing is part of life and part of the culture. So I must learn. I am not a bad mover on the dance floor but do feel somewhat self-conscious about the idea of being surrounded by all those Latinos and Latinas who have been doing this since they can walk. And the way I learned to dance in clubs was not restricted; anything goes as long as you follow the beat. Salsa asks for specific moves and steps that require taking lessons. But people here are proud of their culture and like to share it. They really appreciate when strangers try to learn their ways. So I have been told that I can expect plenty of help.

I feel somewhat nervous and vulnerable about the upcoming holidays. Dave and quite a few of his expat friends are going back home. I am afraid to be alone and isolated. But this city seems to be really preparing itself for the party of the year. And Dave asked me to be their house sitter during their absence. This means I have my own apartment in Cali from very soon! Guess the Universe is telling me to be here for a couple of weeks.