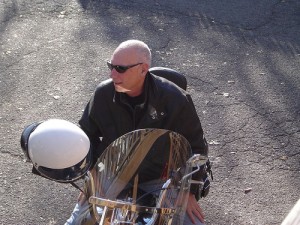 It has been 4 full days since I posted my open letter to my teacher Genpo Merzel. A lot has happened and at the same time not much changed. In a way I go trough the same old struggle everytime I write something, everytime going through the trouble and the fear of exposing myself. The scariest moment was when I posted it on Genpo’s wall, which seemed the most logical and fair thing to do with an open letter in the age of Facebook. What happened next was completely new for me: the message got his own momentum and was read 99 times in 2 hours, and over 945 times by now. It was shared 96 times on Facebook. But what was really surprizing: the fear was gone. It was out of my hands.

What helped was that all the comments were overwhelmingly positive and supportive. Apart from one negative comment on Genpo’s wall and a bit of misinterpretation here and there I feel that everybody understood what I was trying to communicate. That was a huge relief.

Because I wasn’t sure if Genpo read the letter himself I send him an email, informing him about it, giving him the link and inviting him to respond. Yesterday morning I received an email back from him asking me to send him the letter as an email as he could not open the link. I send him a pdf file at 12.43. pm. At 5.14 pm Pausha Foley posted a comment on my blog “Your post was removed from Genpo’s wall – did you remove it, or does Genpo censor his wall to show only positive feedback?”

And you know what? I don’t care so much. The post could have been removed by accident, by technical failure, for political or commercial or out of fear or anger, by Genpo himself or by a third person. I just don’t know.

This is one of Trungpa’s quotes that appear in the ticker tape above this post:

When I wrote my letter I wasn’t angry or sad, I was just refusing to give up on my teacher and I gave him my best shot. That’s all. May be I landed it, maybe he just shook it off. Time will tell. I can only hope my friends will do the same for me the day that I’m messing my life up and refusing to acknowledge.

It might sound paradoxical but I don’t feel that this thing should be blown out of proportion. When the aforementioned Paula expressed that her concern was reignited because of the assumed censorship I wrote:

“Nah, don’t worry. It’s just a guy struggling with his self image, like all of us. He is still a brilliant teacher who brought an immense amount of goodness to people. So he’s imperfect. So what?”

I mention that for two reasons. First is that a couple of hours later I received a ‘thank you’ from Paula and a link to her blog. Turns out that my remark not only shifted her perspective on the case, but she molded her insight into words beautifully, showing me the miraculous directness of the internet. Second reason was that when I posted my letter I heard the news of Mubarak’s fall. That shifted my own perspective. The US is currently supporting at least 5 dictators who suppress and torture the population of their own countries. Meanwhile we are shocked because Genpo had a couple of affairs and took care of his wallet when busting his ass to awaken people for 35 years straight.