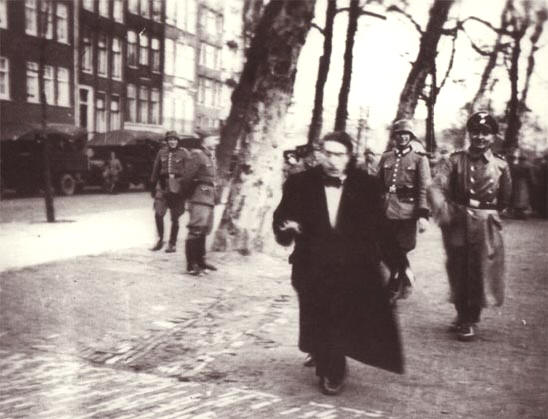 I’ve been living in this street for ten years, according to popular standards I’m intelligent and highly educated, I read newspapers all the time and I’ve spent the last 7 years deepening my awareness. Nevertheless: I was totally unaware. 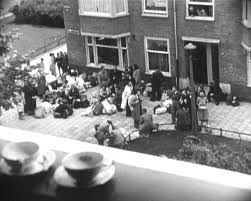 In March 2004 I had a life changing spiritual experience. In a nutshell: with the sudden and unexpected collapse of the ‘me’ I always believed I was I realized that our ego is an illusion. What became painfully clear was how blind I had been and how the rules, laws and convictions of my old ‘me’ had shaped my world. I had created a clear definition of a ‘good person’ and a ‘bad person’. I identified with what I believed to be ‘good’ and denied or justified what was ‘bad’ about me, leaving me with the illusion that my perspective was the good and right perspective. I realized that I had been unconsciously looking for love and confirmation outside myself. What I desperately needed to hear was that the ‘me’ I created was valued the way I believed was right. More precisely I had created a ‘me’ that would be appreciated by my father (that was a baffling revelation for me because I had always believed that I hated the man that abandoned his family when I was only 5 years old). My behavior was according those beliefs: I tried to be a good boy. I tried to be better. I wanted to be superior. I looked down on anything I judged inferior.

When my old ‘me’ collapsed the ‘good’ and the ‘bad’  integrated. I become one. The belief the old ‘me’ was the ‘good me’ was now revealed as ignorance. I was both good and bad, and I had been all the time. To have my ignorance revealed was very confronting, painful, shameful but also liberating. I could see ignorance everywhere. For a while I believed that I was now free of ignorance since I was ‘awake’ now. This turned out to be another ignorant belief.

This morning I saw a documentary about 6 now old Dutch men that joined the Waffen SS during the war. They were 17, 18, 19 years old at the time. Not one of them thought of himself as a bad person. Some of them regretted their decision with hindsight but their reasons to join the Nazi’s were mostly innocent or justifiable. They admired the uniform in an advertisement, they fitted the requirements of being blond and blue eyed, they wanted to escape poverty or an unhappy family situation or were looking for adventure. One of them was a poor schmuck who put his signature on the wrong piece of paper. These were bad men in the eyes of Dutch society, they were traitors and purpetrators. In their own eyes reality looked quite different. In a way they had become victims of their attempts to do the right thing.

According to the news Osama bin Laden is killed by US troops. He was once a good man, when he was still killing Russians with help from the CIA but turned into a very bad man whose terrorist actions killed many innocent people. As a consequence of the 2,996 people killed at 9/11 there are now 109,978 civilians killed in Iraq. A headline in a Dutch newspaper reads today: “The US hate us and that’s why I hate the US” quoting a young Pakistani.

I don’t know what it’s like for you but my stomach cringes when I see this kind of reasoning. The devastating consequences of our human ignorance become very visible. I used to be a guy that would get in a fist fight now and then. But in my eyes my fights were always justified. I would only smack someone who had it coming. I saw myself as a good guy, you know. Until I realized that I had a deep fear of losing face. What would trigger me was somebody humiliating me or somebody else, what would bring up painful memories from times when I was still powerless. I did not fight out of nobility but to return the feeling of humiliation.

Then we have ignorance of the self inflicted kind. Although predictable I’m amazed by how much emotion the news of Osama’s death stirs up and how the media coverage explodes. Why get so carried away by a story we can trust to be untrue? Even the representation of the lives of my friends on Facebook don’t resemble reality so how on earth would I assume that the US Government is presenting me with a true story about how they finally killed the guy they couldn’t find for 10 years? I’m not saying Osama did not die or wasn’t in the house, I’m saying that I’m 100% sure that the reality that is presented to me by the media is not the whole truth. I just don’t know what went on. The greed for details feels disturbing.

Ignorance is painful enough as it is and freeing ourselves from ignorance seems to be very, very difficult. I cannot shed the ignorance I can’t see but I can at least choose to pass whenever I feel attempts are made to inject me with a new and generous dosis.

The German soldiers that took away Mozes Bacharach and his wife Aaltje and their son Louis believed they did the right thing by following orders. Mozes and his family believed it was better to be obedient. The 6 Dutch SS men thought joining the SS was serving their good and the good of others. Osama bin Laden took pride in attacking the Western Judeo Christian civilization and fought for his Muslim beliefs a good as he could. The Navy Seals killed as effective as they were supposed to do and did their job well, and so did the CIA, the US Government and President Obama. Everybody in the play is trying to be a good boy or girl. Everybody has a need for love, respect, admiration and is willing to sacrifice his humanity for that.

Meanwhile I’m being heartbroken. I am suffering from the same ignorance as the next person. Even though I consciously made ignorance my enemy I get stuck every time I think I reached some clarity. I was unaware of the tragedy that happened to my neighbourhood  and I was unable to prevent myself from causing suffering to the woman I love. Today I mourn for the suffering us human beings cause with our ignorance.