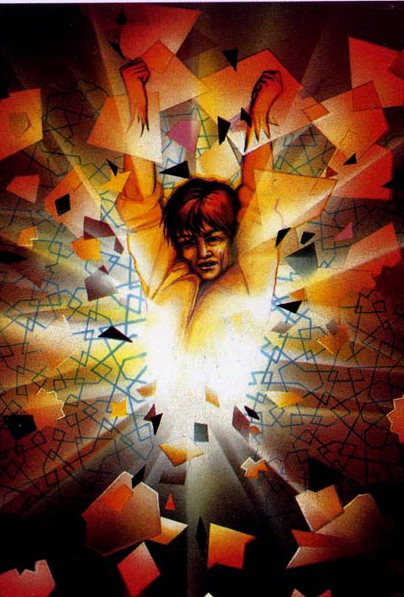 Because of all the attention my open letter has drawn and Genpo’s reaction to it (no reaction at all unless you count the disappearance of my post from his wall and the complete deletion of his whole Facebook account a day later as a reaction) I cannot help but contemplate on the relationship with my teacher.

By writing the letter I got a taste of what it means to be controversial. I wonder if this is what Genpo feels and I wonder if it is addictive.  Unfortunately, it seems I cannot do the same thing twice so it will be hard for me to find out. I remember writing a funny post about 2 months ago that was very well received. It planted a seed in my head: “you must be funny! More people will read your website when you are funny!”. Long story short: I never wrote a funny post again.

When I first heard about the scandal and started to read reactions from students I felt pity for the ones who were so wounded, who acted like betrayed victims, or better, betrayed girlfriends. I could not see why they took it so personal, I mean come on, it was just a zen teacher and wasn’t it obvious all along that he had a big fat ego as well? I was also put off by the many that responded with blind admiration, trying to subtly weave in some nondual awarenes in their comforting words, just in case there were some zen brownie points to be scored.

What this situation needed was somebody who saw clearly and had the guts and balls to stand up and speak the truth, who was unwilling to be fooled into overlooking what was hidden. This called for some true masculine compassion! This was my moment!

So I gathered all my courage and did what I did and that was that. I gave Genpo my best shot and many responses followed. By being at the receiving end I realised that I was not the only one who gave his best shot. We always give our best shot, all of us, all the time. And everybody does it in their own unique way.

By talking to some longtime students who were genuinely shocked, angry, sad and sometimes totally devastated about what happened and very proud and grateful for what I did I realized that one of the reasons was that I never went in that deep. My first retreat with Genpo and the Kanzeon Sangha was in 2004 in Ameland and I never missed an episode until 2011 (and see what happens if I don’t show up). I went to Salt Lake City twice, in 2006 and 2008, three months in total. That means that I spent a total of 5-6 months on retreat with Genpo, strictly during the Big Mind era when he spend a lot less time one-on-one with students than before. That might sound like a lot to non-practitioners but it is nothing compared to living as a monk in the zen center for nine years straight and following him for 15 more. For me Genpo was a powerful influence and a source of inspiration but I can imagine that for some he was the most important figure in their lives. I can see that some wounds are deeper and that one can also be too close to see things in perspective.

Another thing was that the way my spiritual path unfolded was very much about becoming independant, autonomous. I had a big transformational experience only two months after meeting Genpo and being introduced to the Big Mind Process in january 2004 and a handful smaller openings in the weeks after. I had realized my shadow, knew that there was nothing weak, rotten or vulnerable outside me. I learned that realization was about becoming real and not turning into a saint. I had learned to forgive and had felt the purification of deeply mourning the suffering I had caused. I went through all this stuff alone and by myself, without help, support or guidance. Therefore I didn’t start feeling deeply indebted.

With all this newfound wisdom under my belt I prepare to go to France to attend my first ‘real’ sesshin, with Genno Sensei. She would give transmission for the first time, to Amy. Because of this special occasion Genpo would be there too. During my early morning shower before departure I feel all these competative feelings around Genpo and I realize: “I’m making him into the father I never had!”. And I realize he is NOT my father, and I see how this is a popular pitfall in the spiritual process.

In 2006 I decided to travel to the United States. I had to make huge sacrifices to go there. The realization had turned my life upside down, I could not go back to my ‘old’ life and didn’t know exactly how to manifest as.. well.. myself. I had ideas that involved facilitation a innovative way of brainstorming. I wanted to learn to facilitate and thought the Big Mind Facilitator Training would be a good idea.

To cut a long story short: the Big Mind Facilitator Training was just an ordinary retreat and I felt betrayed. What was offered was not what was advertised. There was no proper facilitator training and there was no intention what so ever to certify people. When I ‘revolted’ and asked for an explanation publicly I was beat down. Genpo shouted at me: “You always with your analytic mind! I want you to show me some emptiness!”. What happened was that I saw that I actually had a well functioning analytic mind and had some sort of wisdom. Maybe not fully enlightened but there was certainly something. These two ‘talents’ combined was what made me unique, I could finally see what I had to offer to the world. Maybe I wasn’t a zen master but I was worldy enough to bring spirituality to the corparate world and the creative industry. I just knew I could bridge these two worlds.

To do that I had to stand with my own two feet on the ground and follow my heart. Big Mind Facilitator Training  was a catch 22. To become a certified Big Mind Facilitator you needed to have experience, during the program there was no opportunity to build up experience and you were certainly not encouraged to go out and try by yourself. I decided to break and bend the rules. I clearly saw I had to live my own life and that I shouldn’t wait for Genpo or anybody else to rescue me. So the worst, most disappointing, deceitful retreat where I was publicly scorned and humiliated actually freed me. This was the beginning of Basic Goodness.

Looking back it was just my karma that brought me in the position where I find myself today. My path with Genpo Merzel was not a path of submitting and surrendering to the person but a path of finding my voice and my purpose, becoming more autonomous and independant. Still a lot to learn and I never experienced the level of intimicy that some other students had. But I’m very grateful for what I did receive and am literally trying to pay him back, wishing him the same purifying mourning that comes with the untying of the knots that are keeping the shadow revealed. So what is my lesson? We can only share what we have. We all have our own perspectives and our efforts might appear differently but at the same time we are very much the same. Nothing special.