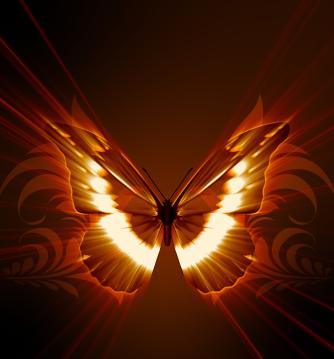 It is actually only since I’m back at work that it dawns on me that we have a new year ahead of us. Of course I had noticed when it was New Years Eve but that night was the night that my buddy Mike was at the lowest point of his sickness. I was filled with worries then. The next day we started traveling again and I never really took the time to stand still by the intentions and dreams that I might have for the 2011.

A friend of mine has also started a blog. It’s called 40 Days for Mennie Love, written by a young, pregnant and married woman who finds herself fighting for her relationship. She and her husband decided to take a 40 days break to figure what is going wrong. She decided to write a blog during those days. I share this for two reasons. First, I feel it’s an interesting and courageous experiment that’s worthy of mentioning. Second, on Day 4 she did a nice exercize that I would like to borrow from her to do myself and hopefully I can challenge you, dear reader, to do the same and publish your results in the comments section.

She called it a dreaming exercize. The idea is to write down as many things as you wish to be or do in 2 minutes if there were no boundaries of time, money and space. I might give myself 4 minutes, as I can’t type very fast.

I want to be happy

I want to travel

I want to learn to type faster

I want to give workshops in Australia

I want to organize retreats on Bali

I want to learn Spanish

I want to learn to surf and to kite surf

I want to go snowboarding (within a year)

I want to move into a new house

I want to live in a house in Amsterdam that is warm, welcoming, spacy and stylish, big enough to give my mindfulness courses

I want to make a difference in this world

I want to have an awesome love life

I want to work with warm, brilliant, creative people and have lots of fun doing it

I want to inspire many people

I want to feel inspired and energized by others often

I want to be successful in getting my message across

I want to give people beautiful and healing experiences

I want to touch as many hearts as I can

I want to empower young men

I want to empower women

I want to live the life of a Shambala Warrior

Wow.. that was fun! Ok, I admit, I cheated a bit. When the alarm clock was counting down my poor typing skills collapsed under the pressure. So I confess that I took a lot more time. I even added things after coming back from the gym (but I didn’t delete anything). Fortunately the list came out less vain than I feared to be. No ‘I want to be on the cover of a magazine’ or ‘own a Ferrari’. That’s a relief ‘cause one never knows what the subconscious wants to blurt out.

I’ve read my list now three times and I must say it feels empowering to see all my wishes so blatently written down. It seems as if everything has come within reach by acknowledging the wish.

If you feel like doing it, please give it a shot. I’m very curious.